Of Security, Spirituality and Success 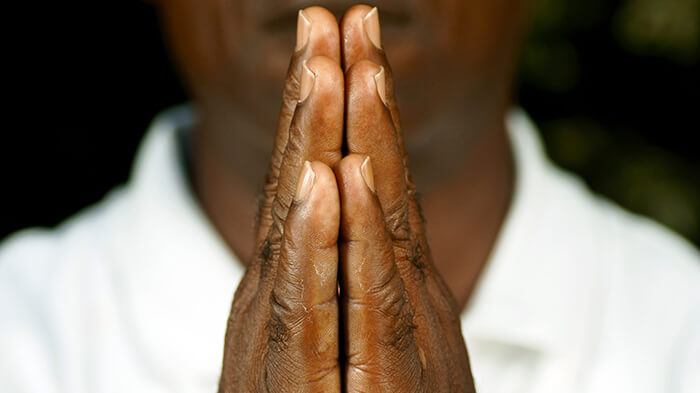 A little over a decade ago, some leading American academics endeavored to identify the relationship between a company’s spiritual practices and its corporate success. A Spiritual Audit of Corporate America: A Hard Look at Spirituality, Religion, and Values in the Workplace, was a groundbreaking report that revealed that organizations that embrace spirituality actually do better than those that don’t. Indeed, a genuine adoption of spiritual values, it concluded, may prove a company’s ultimate competitive advantage.
It was the first-ever survey of spiritual beliefs and practices among corporate executives and it was important for many reasons, not the least of which was its unflinching commitment to draw back the curtains on how this intensely personal subject plays out in the public space of the workplace. To date, it’s still the only major study that has attempted to discern different models for practicing spirituality responsibly at work.
More recently, the researchers have returned to the subject in a 10-year follow up that explores specifically the impact of the attachment theory to a company’s ability to feature spirituality among its operating tenets.
Doing so is a desirable goal.
As Warren Bennis, the founding chairman of the University of Southern California’s Leadership Institute, explained in the original book’s forward, those individuals that perceive themselves as spiritual tend to be more productive, creative and adaptive. They’re “more energized and productive because work isn’t solely about stock options and vacations and coffee breaks,” he wrote. “Spiritual organizations are animated by meaning, by wholeness and by seeing their work connected to events and people beyond themselves.”
More than that, reported Audit’s authors, Elizabeth A. Denton and Ian Mitroff, these employees are less fearful of their organizations, are less likely to compromise their basic beliefs and values in the workplace, and feel they can bring significantly more of their complete selves to work.
In the 10-year review, Spirituality and Attachment Theory, An Interim Report, researchers employed the attachment theory—typically assigned to matters of parenting alone—to analyze how spirituality finds a more comfortable lodging in one company over another.
Classical research has revealed the long-term impact of how parents regard their newborns, and how the kinds and qualities of early-life bonds—“secure,” “anxious” or “avoidant”—establish basic internal working models that guide all of our subsequent interactions with others.
By definition, “avoiders” have a positive perception of themselves and a negative view of others. The more “secure” a person is, the more positive is his view of himself and those around him.
Not surprisingly, then, the more “avoidant” respondents described their workplace as cold, autocratic, uncaring, worldly, unprofitable, unhappy, consumed with profits, and intolerant. “Secure” respondents called their places of employ warm, caring, spiritual, happy, lower in anxiety, profitable, likely to put people first and tolerant of minorities.
And those organizations headed up by leaders who are “secure,” the research concludes, set a tone for their corporate culture that endorses an overall encouragement of at-work spirituality.
The message, therefore, is clear: Attach yourself to a “secure” CEO, let your love flow and you will be rewarded—in ways both measurable and not—richly.