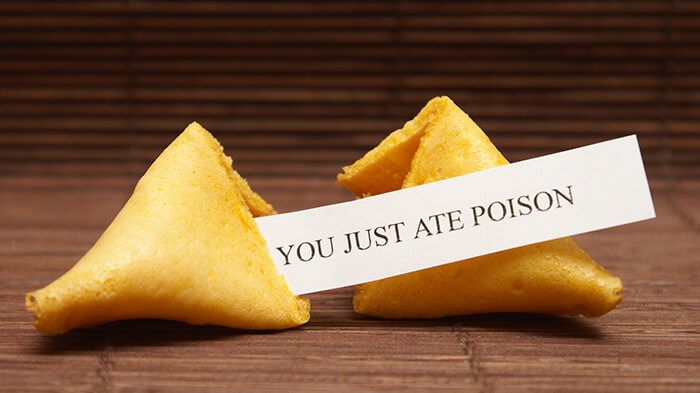 Regret is such an unpleasant emotion. It nibbles at the edges of choice, eroding certainty and filling the mind with uncomfortable contemplations. In full force, it suffocates the spirit, insisting upon a recognition of past decisions whose subsequent second-guessing can leave a soul reeling with remorse.

Best to avoid the stuff altogether.

A recent study out of the States—Regrets of the Typical American: Findings from a National Representative Sample—nominated particulars for this distasteful experience, and landed on past love as the source of regret that haunts us the most.

All told, almost a fifth of the repentant respondents singled out something to do with love—lost, unexplored, discarded, endured—as their greatest regret. The answers offered by men and women differed dramatically, with only 19% of men expressing romance regret, and 44% of women conceding the same. The report’s authors speculate that the disparity is a result of women “valuing social relationships more than men.”

Indeed, the biggest finding of the research centered on the gulf between the sexes when it comes to this subject. Speaking broadly, men were more likely to articulate regrets about their career or education; women were more focused on romantic and familial relationships.

In some cases, the expressed regrets were predictable. People lacking education had pedagogical regrets; educated folks were more likely to cop to career regrets; and lonely souls were the most prevalent group to bemoan the lack of love in their lives.

As for the question of the passive versus the active regret—whether the emotion stems from not having done something or from having done something that produced subsequent regret—the study revealed a harder path for the former group. People tend to hang on longer to a regret of inaction than one of action, it seems. Surely Lucille Ball had this in mind when she said, “I’d rather regret the things I’ve done than regret the things I haven’t done.”

And if your regret is associated with a serious incident, like a divorce or death, you probably suffer it more poignantly than those springing from more ephemeral things, like an off-the-handle argument or a missed opportunity.

Slated for publication in Social Psychological and Personality Science, the research is significant for its scope. It surveyed a comprehensive chunk of the American public, including people from a range of ages and socioeconomic and educational backgrounds. In all, the researchers asked 370 people between the ages of 19 and 103 what their most notable regret was.

And while the study’s authors hypothesized that those regrets still in a position to be repaired would dominate the findings, the opposite was actually true. “Individuals regret lost opportunities the most,” they write.

In either case, they conclude, there’s no need to wallow in the past. As potentially harmful a threat as regrets pose to individual’s mental health, they can also serve as powerful motivators for future action. People who reflect on their regrets meaningfully have a genuine opportunity to learn from their behavior and avoid stumbling into the same black pit again—so go that route.

Anything else would be regrettable.