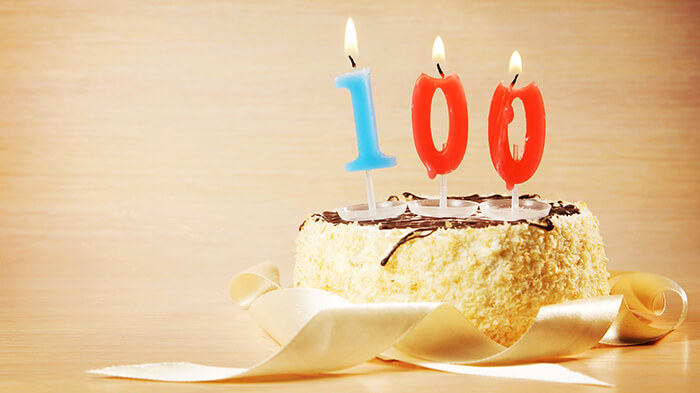 There are currently some 4,635 people over the age of 100 in this country—and the old folks’ numbers are on the climb. By 2031, the Canadian centenarian count is expected to have jumped to 14,000. From enhanced public social systems to soaring progress in medical research to a lifelong taste for crossword puzzles, the explanations for these long-lived souls are as numerous as they are mysterious.

Certainly you can’t count on your genes for ironclad assurances on this front. How long your relatives hung onto their mortal coils is predictive of long life to the tune of just a third. The other two-thirds are tied up with lifestyle and the wildly unpredictable element of chance.

In other words, if you’re looking for guarantees, try Future Shop, because there ain’t any here.

Still, you can’t blame a life-lover for wanting to hedge her bets. Some suggestions, then, gleaned from the surfeit of data humans have amassed in their desperate quest to duplicate Ponce de Leon’s trick:

• Be prudent and persistent. In a study that spanned eight decades, researchers Howard Friedman and Leslie Martin identified these key traits as the most critical to ensuring long life.

• Get schooled. California-based health economist James Smith identified the acquisition of a solid education as the most important predictor of a long life.

• Make friends. That women have historically outlived men is credited to lots of stuff, but among the most prominent, say Friedman and Martin, is that girls tend to be more social creatures than boys.

• Get organized. As charming as the scatterbrains among us might be, we shouldn’t get too used to their company—studies reveal they likely won’t be around as long as their more methodical counterparts. Conscientiousness has surfaced as a prominent childhood personality predictor of longevity. So floss your teeth, for heaven’s sake. And keep your desk tidy.

• Get hitched. People derive much health-delivering comfort from the company of a spouse, and considerable evidence exists to support its inclusion in a list of tips for long life. This is especially the case for men, probably given the scarcity of an otherwise strong social network in their lives.

• Have kids late. A Boston University School of Medicine study found that women who naturally birthed children after the age of 40 have a four-times greater chance of living to 100 as women who do not. It could be, conjecture the researchers, that a woman’s capacity to bear a child late in life indicates that the rest of her body is aging as slowly as her reproductive system.

• Delay your education. Research shows that children who started grade one when they were five years old or younger were at a higher risk of dying young than their pals who delayed the launch of their formal education by a year or two.

• Worry. Friedman and Martin found that children who were described by their parents as “extraordinarily cheerful and optimistic” were more likely to lead shorter lives.