C is for Cell-phone, Cyber and Church 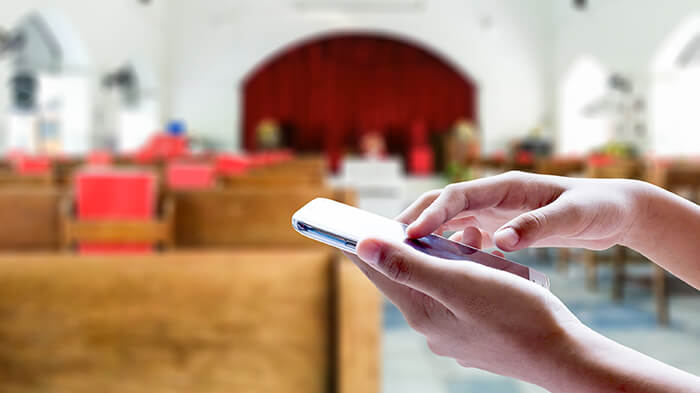 Why get dressed in the morning? Why, in fact, bother to get up. After all, with cyberspace, we are within access to anyone and everyone in virtual milliseconds. We can receive love, spread love…be anyone we want. In fact, we can just hole ourselves up, unshaven un-bathed and naked only end up smelling like roses in cyberspace.

We are like narly little trolls, hidden under the roots of tress…punching away and seeing who we can get to follow us. Disassembling codes, finding tag-words (heck – let’s just throw the word “Spirituality” in there – it’ll get followers) and obsessing ourselves over how many people our following – oblivious to who.

But, hey, just because it sees us hunkered over yet another screen delivering yet more streams of electronic stimulation, doesn’t make it all bad. And just because it arrives in the cold, hard form of computerized bits and bytes doesn’t mean it can’t contain all of the warmth in the world…after all, the world is now at our fingertips.

And that’s not such a bad thing, our society’s reflexive inclination to trash such technology-centered progress notwithstanding, we’re all doing it. Every bit as much as it’s home to Farmville requests and links to silly cat videos, Facebook is home to the new meaning of “compassion”. It’s thanks to its ubiquitous presence in our lives, after all, that we are suddenly, and blessedly, within constant reach of people who care about us. (Or people who at least say they do, between status refreshes and LOLing comments on friends’ photos.) And that counts for something…even if that layer of actually “getting to know someone” is remove with the Delete key.

Social media is a landscape paved with common ground, where folks can have their fears calmed, their wild imaginings tamed, their challenges encouraged, their sense of isolation obliterated, their wounds healed, their spirits inspired. They might even pick up enough critical social skills along the way that they can transport their newfound virtual community into the real world…skills like “how to communicate with two thumbs or eight fingers” – forget patience and politeness or interaction… gone will be the full whitty rebuttal – inn will be the abbreviated response. We have become a generation that is focused on a little black box – don’t believe me? Leave yours home for a day.

Formally speaking, spirituality finds its place in social media through a slew of houses of worship that keep Facebook pages now, tuning in as a means of drumming up new support for an ancient obsession. Many pastors have hung their shingles on an electronic wall, and invited the faithful into their virtual churches. Some even claim that this electronic conduit enhances their ability to practice their religion for the constant line of communication it keeps open.

Among the more intriguing spiritual communities on electronic offer is Second Life, an avatar-based virtual world in which folks get to play out their wildest fantasies with invented identities. The site, which boasts some 15 million registered users, has actually been co-opted by the Christian church as a place of small-C catholic community. Here, people enjoy a safe, judgment-free environment in which they can express their individual tastes and beliefs, and enjoy an unprecedented opportunity to pursue self-actualization.

But what is self-actualization if we are not learning to communicate with the real world? We are now living in a world where we are accepted not on Face value but on Facebook Value? The cyber world is deeming spirituality – covet and bless thy life and neighbor – but hide behind a screen and be the person you want to be perceived to be – for thou should not be put in a situation where you actually have to interact or (what was that old, lost saying ) “think on your feet”. We have become a community of obsessed persons…focused on how many links and people we have following us – (did I say “who” or “how many”?). Sad world.

And we discover that maybe we’re not so unique after all; that there is strength in numbers and misery in company.