An Ode to Oprah 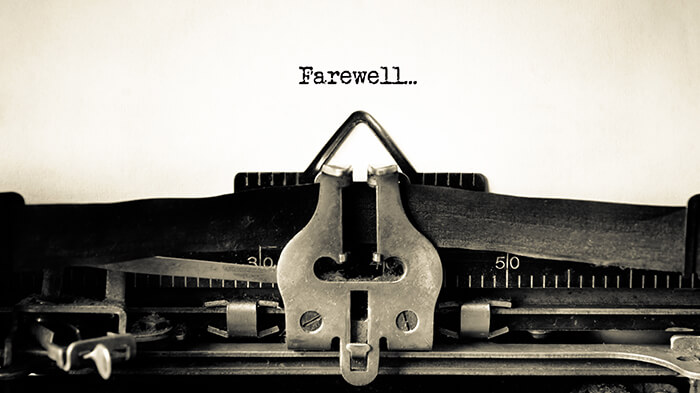 And just like that, above the din of a sonic boom heard the free world over, the self-built media icon with the bizarre first name is gone.

Oprah, released to the graveyard of cancelled and closed-up television programs, a desolate place where George Costanza knocks elbows with Hawkeye Pierce, aired her final show this week. In strong contrast to the vast celebrity love-ins that characterized the last couple episodes of her run—so massively populated they had to be filmed in Chicago’s United Stadium—and to wild expectations for the anticipated extravagance of this sendoff episode—given the tradition of largesse for which the woman is well known—the last show was a matter of sweet simplicity. No makeovers, no giveaways, no hoopla at all, really. Just Oprah, as sincere as she’s been, alone on the stage to level with her audience about what the past 25 years have meant to her; to firm up her position on God; to ruminate, one more time, on graciousness, generosity and gratitude. To say goodbye.

On the face of it, all of this attention seems excessive, silly, shameful. For months now, the world has counted down her final appearances, with the zeitgeist hitting a kind of frenzied stride over the last two weeks. From standup comics to legitimate news programs, Oprah Winfrey has provided much conversational fodder as an entire generation coalesced around the shared experience of enduring her imminent departure from our lives.

The kneejerk response to an acknowledgement of just how powerfully this preoccupation has dominated us of late is one of remorse, even mild disgust. How shallow it seems to be celebrating a person whose principal claim to fame is a standing hour of nationally broadcast airtime that delivers her ever-morphing physical self to the world in the constant company of sycophants.

Surely we should reserve our reverence for less mainstream subjects, heroes and revolutionaries more worthy of our respect and attention. How small-minded it seems, mourning the loss of a celebrity who attracted our interest for nothing more noble than hosting her own talk show, a daily forum for too many vapid souls to make their own public appeals for our consideration.

That’s what we told ourselves, anyway—during commercials. For still we persisted, sheepishly couching references to her with such apologetic intros as, “I don’t know how I came to be watching, but I saw Oprah Winfrey yesterday, and…” only to follow up with some bit of wisdom gleaned from 60 minutes spent in her iridescent presence. And we have done so for an astounding quarter of a century.

In the final frame, no apologies were needed. Describing herself as a teacher who “ended up in the world’s biggest classroom,” Winfrey delivered a modest, sincere, genuinely empathetic final lesson to her rapt pupils, an audience thought to be her largest in 17 years. “You are not alone,” she reminded us. Take note of the difference between feeling like you deserve to be happy, and knowing you’re worthy of happiness, she urged. And she united us once more with the sage observation that every single person really only wants to be known, to have her voice heard.

Farewell, Oprah Winfrey, a modern-day preacher whose message should suffer no diminishment for the massively commercialized pulpit from which it was delivered. You will be missed.