In Praise of Summer 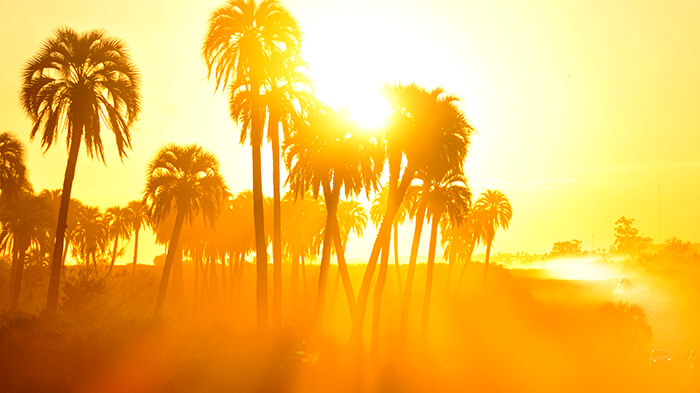 There’s something magical about the arrival of summer, and it’s more than just the opportunity it affords to wear less clothing and play hooky on a stretch of sand. The summer solstice, poised to arrive in our hemisphere on June 21 at 1:17 pm EDT, has long been wrapped up in a kind of mystical aura.

Though actually a mere instant in time—the precise moment when the earth’s axial tilt is most inclined toward the sun—solstice is generally assigned to the entire day on which it occurs. It’s a time, after all, we spend many months anticipating, from inside woolen mufflers and furnace-heated homes. Sometimes, like from the vantage of a blizzard-swept, colder-than-seasonal mid-morning Thursday in late January, its eventual appearance seems impossible to believe.

But then, there it is. Like clockwork. A gift on our sun-streaked doorstep. At last.

Deriving from the Latin words “sol” and “sistere,” meaning “sun” and “to stand still,” respectively, solstice is technically the occasion when the sun stays longest in the sky. At its noontime height, some 152 million km from Earth, the glowing yellow orb seems to simply hover, motionless, in the heavens.

Secular ardour for the solstice notwithstanding, the occurrence of this major celestial event—also known as midsummer, Litha and St. John’s Day, depending on your provenance and preference—is cause for considerable celebration among the spiritually minded the world over. For centuries, civilizations have celebrated the sun’s role in humans’ lives, and no more so on that day in which it graces us with its most extended presence.

The various interpretations of the significance of the solstice have varied wildly over the passage of time, and across a slew of cultures. Broadly, it’s celebrated for its association with fertility, its mark as the first official day of summer, and its occasion for wide-ranging festivities featuring everything from songs to sacrifice.

The Celts and Slavs observed summer solstice with dancing and bonfires, lit to aid the sun’s brightness. Ancient Pagans commemorated midsummer with bonfires, too, but they were mostly concerned with leaping over them, believing those who jumped the highest would enjoy crop growth equaling the height of their hops.

In ancient China, the solstice ceremony focused on the earth, the feminine and yin forces (to be balanced out with the winter solstice, which paid tribute to the heavens, masculinity and the powers of yang).

Ancient Sweden picked that day to erect a “midsummer tree” in each central square, around which villagers danced. The ritual of inviting girls and women to bathe in the local river was believed to summon rains for the harvest.

And Druids, those eighth-century Europeans with a taste for human sacrifice and the reassurance of reincarnation, regarded the day as one on which heaven and earth joined in holy matrimony. It’s thanks to this conviction that so many brides choose a June wedding date.

But no matter your belief system, the arrival of nature’s sweetest season is indisputably cause for unadulterated joy and unreserved delight. Mark it by shedding your worries for a day. Along with a few layers of clothes.