On a Wing and One 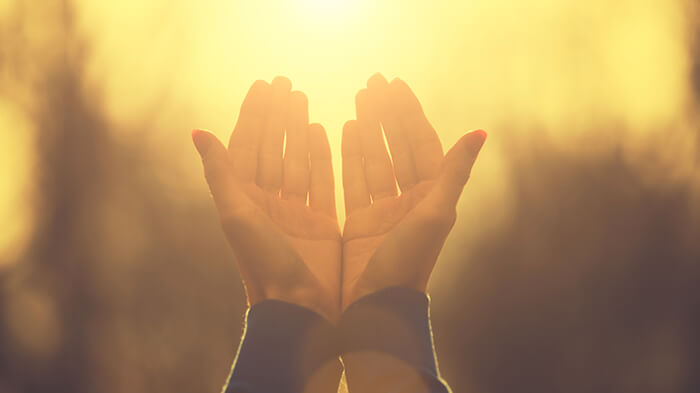 It is, depending on your point of view, solid science or utter bunk. Either way, it can’t hurt.

It is prayer and, says a just-published study, more of us are giving it a whirl in pursuit of relief from what ails us than ever before.

University of Massachusetts researchers, whose results are published this month in the journal Psychology of Religion and Spirituality, have found that more people are praying for their health these days. Specifically, says the study, almost half of Americans are engaging in the stuff now, and that’s versus 43% in 2002, the last year that such a study was undertaken.

Women, in particular, are turning to prayer for relief from their physical woes. So are African Americans and senior citizens. The least likely to send supplication to the skies? Folks with fat wallets and a commitment to daily exercise. No rocket science, that. If you’re poor or old, you’re vulnerable, and hungry for whatever help you can get. If you’re loaded enough to shell out for a gym membership, you’re probably doing OK, healthwise, without benefit of outside intervention, spiritual or otherwise.

Not surprisingly, the scientists can’t offer a definitive reason for this trend, but speculate that it might be a function of increased public attention on the power of prayer, or an enduring reaction to the September 11, 2001, terrorist attacks.

In any event, this bit of research is only the latest to fall atop a stack of same, all of it insistently pointing to the very real benefits to be gained from dropping to your knees from time to time, and sending your hopes heavenward. Indeed, prayer is increasingly recognized as a reputable form of alternative medicine, and lots of bona fide, rooted-in-science authorities are coming around to this way of thinking.

In a landmark study conducted in the 1980s, heart patients at a large American hospital were randomly divided into two groups. One was prayed for; the other was not. Those in the former crowd, whose conditions were meditated upon from a distance, fared 11% better than those in the latter—a significant chunk.

In another study, this conducted over the course of nine years with some 22,000 individuals, regular worshippers were found to live an average of 10% longer than their less devout peers. If you go to a house of worship once a week, this research said, you could expect to live 82 years. If you prefer to spend Sunday in front of a bowl of Doritos and a football match, you’ll only live to 75.

At the very least, even the most skeptical folks would have to acknowledge that there’s something to positive thinking and faith as a means of alleviating stress. Prayer’s ritualistic engagement, some say, makes a person more open to life, more flexible, more grounded.

And as far as intercessory prayer goes (or praying on another person’s behalf), well, that’s just too tricky a connect-the-dots exercise to come away from with any conclusive evidence. But, again: Engaging in this whole praying thing, wingy and new-agey as it may sound to some, can’t hurt.