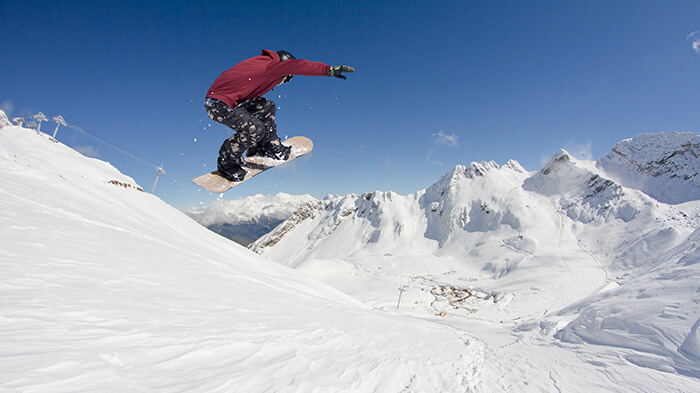 They call it “soul riding,” and it’s just about the most magical thing on offer for mere mortals with a taste for something more.

Here, spirituality finds glorious intersection with exhilaration, the two forces coming together in a storm of powder on the ski slopes. The sensation snowboarders experience as they’re flying down a mountain is akin, say some, to those associated with achieving spiritual communion in more conventional venues. And if you’re a priest from British Columbia, your appreciation for the sensation might just be powerful enough to warrant pursuing some higher learning on it.

The Rev. Neil Elliot, who ministers in tiny, sport-and-nature-loving Trail, BC, only minutes from the US border, has just completed the world’s first snowboarding PhD. He undertook the research after identifying a link between the sport and the feelings of euphoria that its participants so gleefully report.

It was a few years back when this avid sportsman, who also has MAs in Islam and Christian theology, became intrigued by his fellow boarders’ description of the experience of burning down a snowy slope on a slippery slab of moulded plastic as Zen-like. Having decided to explore the phenomenon in a formal manner, Rev. Elliot went on to interview 35 snowboarders about the feelings of calm that overwhelm them as they carve their path down a pristine hill.

For some, he’s reported, the experience is an extremely personal one that’s often shrouded in utter silence. “[It’s] just them and the snow,” he’s said. Indeed, so singlemindedly focused are they on the journey, participants report the sensation of being passengers on their own board, at the apparent mercy of a divine driver, independently guiding their passage down the hill.

“Soul-riding starts with powder,” the Brit, who moved to Canada in 2005 to get him some more mountains in his life, has said. “It starts with some kind of almost transcendent experience in riding powder and in the whole of your life, so soul-riding is about being completely focused, completely in the moment.”

For some, he’s explained, the activity becomes a kind of meditation. Time stops, worries evaporate, stresses loosen their grip and even a sense of the person’s own self-awareness disappears. All that’s left is a feeling of calm, a snowdrift of bliss not scalable in any other corner of our lives. They may not attend church or other formal houses of worship so much these days, Rev. Elliot has shrugged, but don’t for a moment assume that these young people are in any way bereft of spirituality.

Last week, the vicar, who’s been a passionate snowboarder for 15 years, completed a doctorate in the sociology of religion, focusing on the relationship between spirituality and snowboarding, at Kingston University, in London. In recognition of the accomplishment, his congregation at St. Andrew’s Church in Trail have adopted a new name for this spiritually minded backcountry snowdog with a taste for fresh powder: Dr. Soulride.