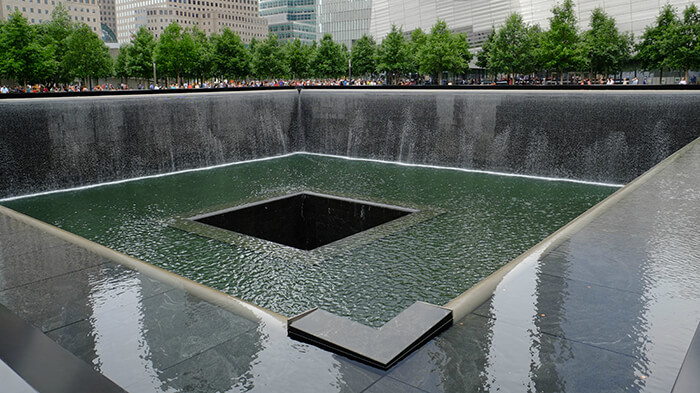 As the world pauses to mark a decade’s passage since its first devastating contact with a new kind of terror, it’s illuminating to reflect on how humans modify their behaviour in times of crisis. Withhold your erupting four-year-old’s flopsy bunny and watch him transform into the picture of sweetness. Deny your defiant teenager her night out with friends and watch her promise you the world. Subject a morally drifting segment of the population to a horrifying act of terrorism, and watch it flock to whatever sources of higher power it can lay its hands on.

But more revealing, still, is how that behaviour sustains itself—or doesn’t—once the moment of panic has passed.

A new study tracking people’s interest in spirituality as it relates to the terror attacks on 9/11 has found that, immediate appearances in the hours and days following the incident notwithstanding, the terrible events of that late summer game-changer 10 years ago actually had precious little effect on our interest in matters spiritual, in the long run.

In the hours after the planes struck their terrible blow, says the report just released by southern California research company the Barnet Group, faith and religion took on new urgency for many Americans, who fairly raced to fill churches and synagogues. Attendance at local houses of worship surged in those early days, as people reached out for answers and community and comfort. But those newcomers, with time, reverted to their old practices, and the worshipful turnout rapidly shrunk back to pre-9/11 numbers.

These patterns are typical, says the Barnet research, dating back to the times of the Old Testament, when people called out for God in times of trouble, and then discarded such entreaties altogether once comfort returned to their lives.

But in other spiritually inspired 9/11 news, another study declares that those Americans with religious or spiritual underpinnings to their lives enjoy the advantage of better physical and emotional health than their less spiritually grounded peers.

The research, the results of which will be published in an upcoming edition of the Journal of Behavioral Medicine, featured some 1,300 adults’ responses to questions about their religious and spiritual practices, and their state of health. Roxane Cohen Silver, one of the study’s authors, says those folks who participated in religious activities were most likely to experience “positive emotions,” such as happiness, affection and joy, and less likely “to ruminate about the events of 9/11 and… develop physical health problems.” And, she added, “the same basic message comes from what we call spirituality.”

That spiritual engagement will ebb and flow over the course of a person’s life is a given. Catastrophic events will always get our superficial attention; but an individual’s ability to make longer-term sense of the tragedies her life invariably encounters is inextricably tied into a worldview that’s significantly informed by her sense of spirituality.