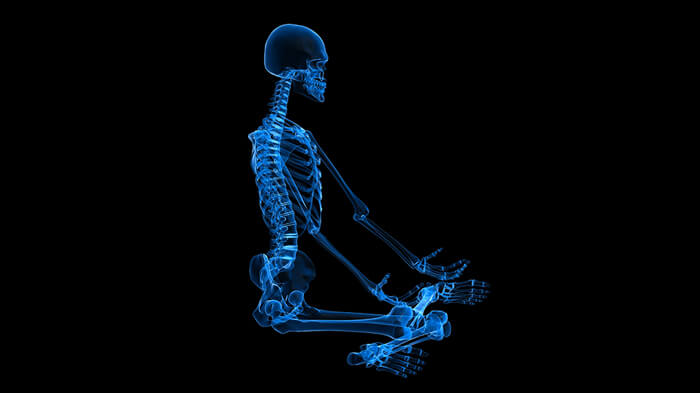 Exactly what gifts yoga has to bestow on those chronic conditions modern medicine diagnoses in our fragile, mortal selves is not yet clear. But it’s becoming so.

Increasingly, stories surface of the myriad ways in which yoga is curing diabetes, cancelling cancer, erasing arthritis. The life-healing energy produced by yoga’s efforts, say those who believe, help us to “negotiate” our diseases.

It sounds unlikely, frankly, but the argument is based on science. Years of research have confirmed that stress has an important part to play in the functioning of the immune system, and that it contributes to the development and progression of immune-based diseases such as cancer, juvenile diabetes and AIDS.

In 1962, Cancer Research made noise about the positive effects of stress reduction on test animals who were injected with cancer. Some people even believe that stress can cause cancer, particularly breast cancer, although there still remains a dearth of supportive evidence for this claim.

And in 1989, a Stanford psychiatrist determined that women with metastatic breast cancer who participated in support groups—and thus enjoyed the stress-reduced benefits that come with communal suffering—lived longer than those who did not.

And so the key, it seems, is to lessen stress. Yoga does that.

There’s a school of thought that believes that it’s in moments of silence or relaxation that healing occurs. When we’re relaxed, we’re open and ready to receive.

To Matthew Remski, the whole subject is a no-brainer. “Asana restores structure and circulation, courage and will, and it massages digestion,” he says. “Breath reconnects the mind and body alienated from each other by thought. Meditation cuts the root of anxiety and clarifies the purpose of your life. And ayurveda teaches that you are not separate in the slightest way from the elegant intelligence of the material world.”

Remski, who’s a certified ayurvedic health educator at Renaissance Yoga and Ayurveda, has studied yoga therapy for asthma, diabetes, cancer and the problems of aging. He believes the concept of yoga as a tool for fighting what ails us is rapidly losing its status as an out-there idea for would-be hippies who feel they can find all their remedies in a yoga studio.

At the very least, says Remski, the world is coming to understand the importance of cultivating self-awareness in the healing process. “Our culture is starting to figure out that the body responds poorly to what the heart doesn’t understand,” he says. He believes the world’s grown weary of interacting with substances extracted from the wholeness of life.

“Becoming whole is a journey involving the clarification and harmonization of all layers of consciousness, and yogic practices drive towards this integration,” says Remski. “Our medical technological oligarchy [says] you’re meant to believe that someone trained in looking at bloodwork or MRI images is an effective interpreter of the unfolding of your karma in materiality.

“You can’t X-ray prana,” he says. And he’s right. You can feel and direct it, but only with a vigourous investment in self-knowledge.

And why wouldn’t a person seek to make such an investment? After all, says Remski, “it’s much more fulfilling than getting in line to receive the same antibiotic as the next guy.”