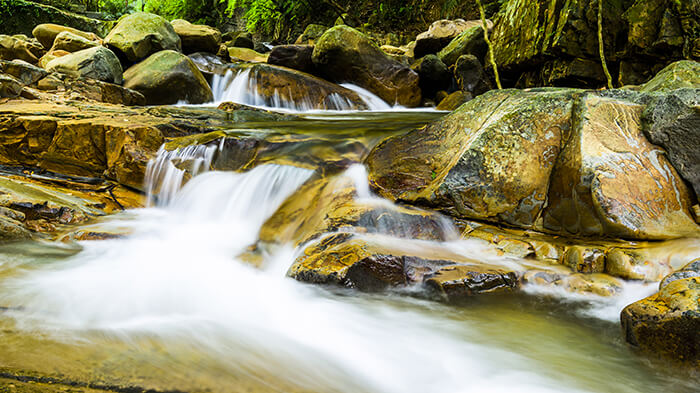 Are you a religious person? Think about it before answering. Oh wait. Scratch that. You may warp your response if you do.

A new study by University of British Columbia scientists has determined that too much contemplation on the subject of one’s religious conviction could actually work to diminish it. Published last week in the esteemed journal Science, the study was undertaken to determine the psychological origins of spirituality. Its results expose a decidedly inverse relationship between the level of a person’s faith and the amount of time they actually spend speculating on it. The revealing conclusion of the research? That religious belief is intuitive. You feel your spirituality.

The study, titled, “Analytic Thinking Promotes Religious Disbelief,” is founded on the premise that all humans employ two primary types of thinking: intuitive and analytical. For this work, the latest in a six-year string of religion-based research projects undertaken by the UBC pair, it was accepted that a person’s dominant style of thinking has a significant role to play in how religious he or she is. People who are highly intuitive, study coauthors Ara Norenzayan and Will Gervais contend, tend to be more religious.

The researchers asked more than 650 Canadians and Americans a series of questions designed to unearth the depth of their belief in such ethereal concepts as God and angels, and to rate how important to them they are. Next, having established a baseline of religious devotion, the social scientists asked participants to view various pieces of artwork. Some of the images were clearly designed to stimulate analytical thinking — Rodin’s The Thinker prominent among this batch. Others were not. All participants were then asked to perform mathematical computations and to answer questions posed in hard-to-read fonts before being required once more to gauge their level of piety. Even the most devout among the first group — the one primed for analytical thinking — expressed a decrease in their religious belief at this point. Those people whose stimuli had not been designed to spur analytical contemplation, on the other hand, did not experience the same shrinking fervor.

Analytical thinking, it seems, takes a serious run at the passion of our religious conviction.

“When people are encouraged to think analytically,” the study’s coauthor Ara Norenzayan told the media, “it can block intuitive thinking. There’s much more instability to religious belief than we recognize.”

Where intuitive thinking helps people recognize the difference between the physical body and the thoughtful mind, and to imagine such high-flown concepts as life after death and what our purpose in the universe is, analytical thinking decreases a person’s intuitions of such things.

Norenzayan was quick to clarify that analytical thinking alone does not necessarily lead to a decrease in religious belief. “This is only one piece of the puzzle,” he said. He does speculate, however, that if we all consistently engaged in analytical thinking, like scientists or lawyers do, the lot of us would likely suffer dwindling religious faith in the long run.

The takeaway? Be ever mindful of the kinds of pictures you let drift in front of your impressionable gaze — there’s no telling what kind of impact they might have on your spiritual life.