Online Dating for the Spiritual Set 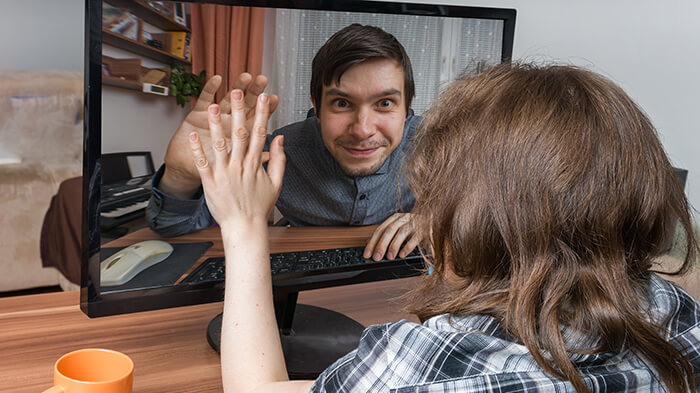 Athletes, take your marks, goes the pounding voice on the loudspeaker. And so they do, adjusting their sneakers at starting lines, assuming tight-as-fists crouch position on swimmers’ blocks, perching like owls on the brink of diving boards. But the fiercest mark to which they cleave is likely not an external one, visible to the anxious sports-watching world, but an internal metronome that delivers a ticking statement of accumulating readiness into the individual’s psyche, preparing him in a profoundly personal way for the challenge that lies ahead.

Spirituality has a berth in this summer’s Olympic games, and it’s always podium bound.

The pairing of sport and spirituality has a long legacy. The international event began, after all, in 776 BC with a 600-foot-long footrace that was dedicated to Zeus, the supreme reigning supervisor of all Greek gods. Ancient Olympic athletes believed the efforts they put into training their bodies honoured the gods who had outfitted them with the physical goods in the first place, and that victory was a sign of favour from a deity who took notice.

The entire millennium that followed the Olympic’s launch featured a similar athletic gathering every four years, five-day festivals held to honour the deity under whose excellent supervision the citizens so richly existed.

Then the killjoy Theodosius I, a Christian Roman Emperor alarmed by the combo of worship and Greek sport, shut the games down in 393 AD, and the whole enterprise sat silent until 1896, when a French guy named Pierre de Coubertin revived the Olympic Games in Athens.

And with that reinvention, a new spirit of piety was visited upon the ritual. Devotion in the modern games was to the “civitas,” or the human group whose interests transcended any of a particular religion. It has been dubbed the religion of “Olympism,” and that seems a fairly reasonable catch-all for the full complement of spirituality — of both the organized and disorganized varieties — that rages at these games.

Today, the gods who visit the Olympics in the company of the more devout athletes competing there hail from a much wider cast of characters than their predecessors.

Indeed, organizers of the London Olympics are charged with negotiating the 17-day politics-strewn event with the dozens of sacred fasts, religious rituals and holy days observed by the 16,000 athletes competing therein. To smooth the proceedings, they’ve retained the services of 193 chaplains from a slew of religions, installed a prayer room in every venue and erected a multifaith centre in Olympic Village. In all, nine religions find formal recognition here — Christianity, Judaism, Islam, Hinduism, Buddhism, Sikhism, Zoroastrianism, Jainism and Baha’i — and staffers are on site to provide pastoral services to anyone involved in the Games who desires it.