In Praise of Pessimism 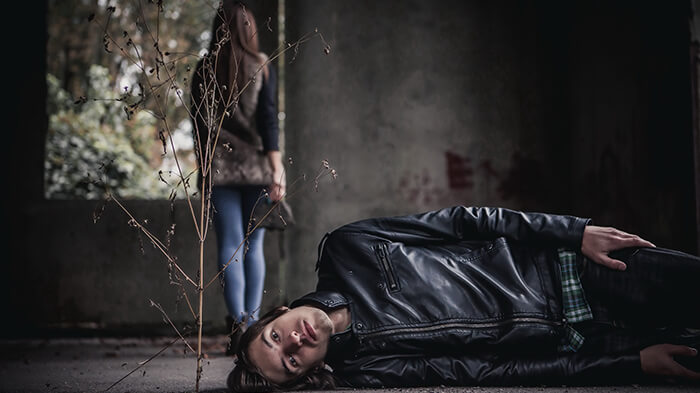 You know the type. The guy who squints his eyes against the sun while he’s forecasting rain. The visionary who predicts a losing result for the home team before anyone’s even stepped onto the field. The far-from-idealist who is forever more preoccupied with the dark cloud itself than any skinny precious metal lining. This is the Eternal Pessimist and, while not immediately welcome at picnics or shareholder meetings, these glass-half-full kind of folks (and their convictions that their speech will be a disaster and their plane will be delayed) might actually be onto something.

Defensive pessimism, defined as “a strategy that anticipates a negative outcome and then takes steps to avoid it,” is a legitimate outlook for an anxious individual who feels ever convinced of imminent disaster. By approaching the projected event with fairly low-level anticipation of it being successful, and by actually going so far as to detail the precise ways the thing will likely go off the rails (and to therefore be able to picture a response to same), we can actually increase our sense of control over it.

An American psychologist named Julie Norem recently took this subject on with a book, The Positive Power of Negative Thinking. Here, the author argues that the sickeningly sunny perspective that bubbled up in the “strategic optimists’” camps of the 1980s does no favour to folks lacking in such natural inclinations. Indeed, she submits that the endlessly saccharine idea of positive thinking actually sets up obstacles for people who struggle with the business of everyday life. She believes that it’s by imagining — not avoiding — worst-case scenarios that an anxious person gives herself the best chance of conquering them.

Thomas Hardy wrote “He Never Expected Much” in 1928 — the year of his death. In it, the poet sums up the expectations of a weary soul who successfully avoided disappointment by setting perennially low hopes for himself. Imagining a world that does “not promise overmuch; just neutral-tinted haps and such,” he celebrates the fallout of a life lived according to such modest expectations, and congratulates himself for embracing the advice. “Wise warning for your credit’s sake!/ Which I for one failed not to take/ And hence could stem such strain and ache/ As each year might assign.”

Because imagining a successful conclusion to a situation, it turns out, can actually set people up not to achieve it. Take the experience of the half group of thirsty researchers who were asked to picture a glass of water in one experiment; the rest were left to fend off their dehydration with only negative or neutral visualizations. The energy levels of the water-conjurers dissipated markedly, as if they’d already achieved their objective. Their grouchy comrades, meanwhile, retained an active leaning for refreshment.

So it is that negativism finds its rightful place in the natural world. And not a moment too soon. See whether you’ve got a taste for the stuff by taking the defensive pessimism quiz at: www.wellesley.edu/Psychology/Norem/Quiz/quiz.html.