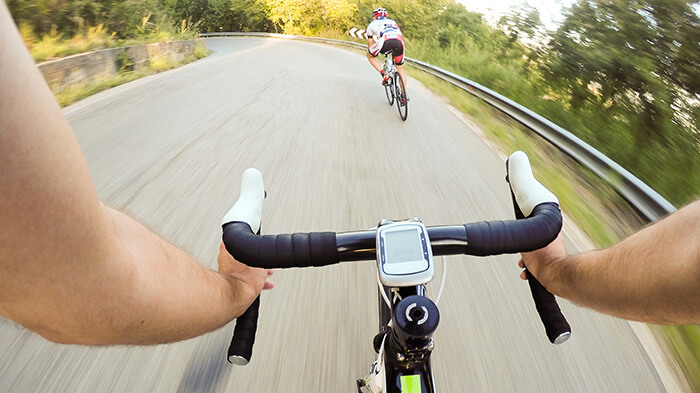 So now we know.

Lance Armstrong — cyclist extraordinaire, athlete of superstar dimensions, cancer survivor, fundraiser, beat-all-life’s-odds victor — lied. Oh, we’re not completely wet behind the ears here. We certainly suspected this man’s betrayal before it was officially confirmed with us. The preponderance of evidence against him was just too massive to overlook. Plus, his much-disdained abandonment of girlfriend Sheryl Crow when she developed cancer a few years back didn’t exactly set him up as a sympathetic figure.

Still, we wanted to believe. Indeed, it might be argued, we needed to believe. The alternative was simply too unpleasant to contemplate. Because if this guy, a public figure who invited us to share his remarkable journey with him, a man who made a fair blast of noise along the way about the rewards of perseverance and hard work (to say nothing of his muscular denials of that of which he was so repeatedly accused), a drum-beating advocate for the power of coming together for a cause, well, if this guy can be shown to be a liar, then anyone can.

And so open the floodgates and bring out the funeral carts. It’s time to drag away the corpse of our communal faith.

But what does it all mean? How important to our sustained spiritual life, after all, is a sense of confidence in our fellow travelers  Armstrong’s confession of his significant ethical lapse is a cross that’s his alone to bear, no? Why do the rest of us need to concern ourselves with it at all?

We do because we share at least one significant trait with the disgraced athlete: our humanity. Until we can understand what motivated Lance Armstrong to cheat so egregiously, and deny it so ferociously, we cannot lay claim to any kind of understanding of what it is to be human.

It’s well known that ethics have two components: belief and practice. What you believe in is only one part of this puzzle. That means that your endless declarations about how lying is wrong or that stealing is unconscionable count for butt-kiss so long as you’re slipping Post-It notes into your purse at the office, or trash-talking your coworker. It is this component of ethics — how you put your convictions into real-life practice — that’s at the heart of the subject.

Which brings us to Armstrong and his real-life practice — several leagues along the scale, surely, from the Post-It notes, but still — and the speculation that it is so seriously removed from the stuff coming out of his mouth that it could scarcely derive from the same person.

Could it be that the cyclist’s ego, unchecked, ran a muck to the point where he actually believed he was exempt from the laws of the world? Imagine yourself bigger than you are, no longer accountable to the reasonable expectations of human conduct, and you venture into dangerous territory. Here is where you lose a sense of self.

Armstrong existed in this state of grand delusion for a long time, and was only jolted out of it when he got wind of his son’s efforts to defend his honour. Only then, only in bearing painful witness to this gut-wrenching display of filial loyalty, did Armstrong’s multi-layered veneer of self-aggrandized reality shatter.

As did, to a degree, the rest of ours.