Spirituality and Your Mental State 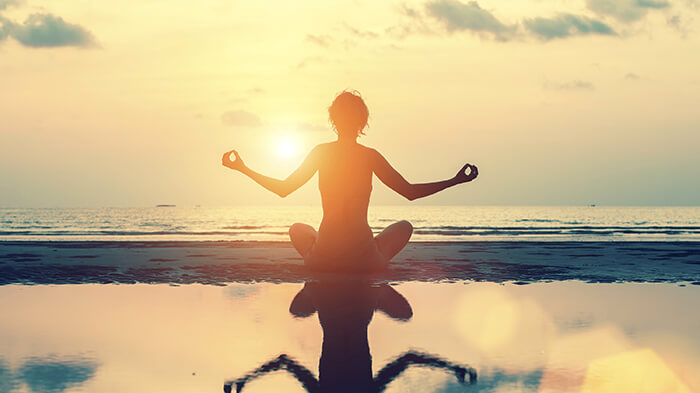 The esoteric benefits to one’s physical health of living a spiritual life continue to lurk mostly in the halls of the not fully understood. Still, the world acknowledges an irrefutable connection between the two. More than that, an expanding body of recognition for the role a spiritual life has to play in maintaining and enhancing one’s mental health is gaining visibility.

Certainly the meditative nature of formal religious services can work to reduce stress. And the enduringly positive message of love, forgiveness and tolerance these things push has got to feed a troubled soul. But there’s more, besides. And spiritually minded folks would do well to consider them in the enduring pursuit of a still and contented life.

The American Psychological Association (APA), the world’s largest association of psychologists, recently engaged in a dialogue with a leading expert in the psychology of religion and spirituality to increase its understanding of how these two powerful forces intersect.

Dr. Kenneth Pargament, an American shrink known for his scientific analyses of spirituality and mental health, shared some of his thoughts in a Q&A with the APA. Highlights from the encounter are excerpted below.

APA: What are you discovering in your studies of the relationship between religion and psychological well-being and stress?

Dr. Pargament: The old saying that there are no atheists in foxholes is not really true. Before, during and after combat, we can find atheists who consistently hold to their orientation. It is true, though, that people often do turn to their faith as a source of solace and support in their most stressful moments. In fact, some groups — such as the elderly and minority groups — may be more likely to look to their faith for help than to family, friends and the health-care system.

Empirical studies of many groups dealing with major life stressors such as natural disaster, illness, loss of loved ones, divorce and serious mental illness show that spirituality is generally helpful to people in coping, especially people with the fewest resources facing the most uncontrollable of problems.

On the other hand, some forms of religious and spiritual coping can be problematic. Life events can shake and shatter people spiritually as well as psychologically, socially and physically.

Thus, it’s important for psychologists and other health-care providers to be aware of the dual nature of religion and spirituality; they can be vital resources for health and well-being, but they can also be sources of distress.
APA: What’s the difference between spirituality and mindfulness or meditation?

Dr. Pargament: Some research has shown that mantra-based meditation to a spiritual phrase is more effective in reducing physical pain than meditation to a secular phrase. Similarly, other studies have shown that spiritual forms of support, meaning-making and coping predict health and well-being beyond the effects of secular support, meaning-making and coping.

APA: Given the vastness of the topic with so many differing views, how did you edit a two- volume handbook on psychology, religion and spirituality?

Dr. Pargament: Times have changed in this field. When I first started out in 1975, I could go to the library once a semester and leisurely review the journals to stay on top of the literature. No more. It’s hard to keep up with the explosion of research in the field.