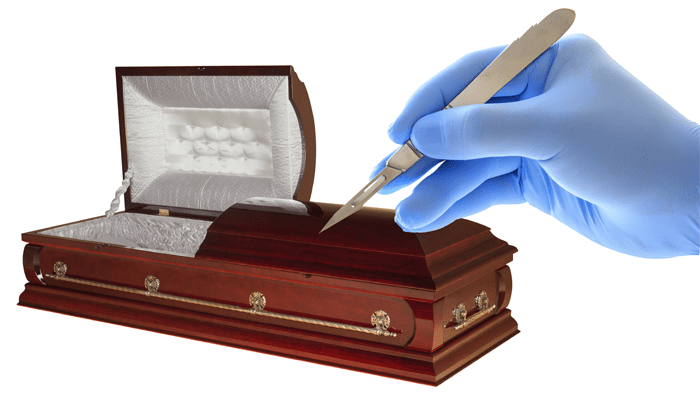 Keep the fat, leave the lipo

When women declare they’ve undergone the knife, received injections, had things nipped, tucked or sucked out simply for themselves, those pesky furrowed brow lines dig in a little deeper.
Nothing a few lunchtime Botox shots wouldn’t take care of, I suppose.

But, what’s wrong with boasting some quizzical lines to prove one’s life is peppered with introspection, pondering and analytical processing?

Thing is, it’s difficult to believe anyone would deliberately get poked with needles simply because they wanted to treat themselves to an afternoon of painful pampering.

Cynical? Perhaps. Though recent headlines involving a young single mother who underwent a routine liposuction operation and never returned home tends to do that to a gal.

Instead of handing over a hefty wad of cash in exchange for fat removal, the 32-year ­old real estate agent paid dearly when her heart suddenly stopped at the Toronto Cosmetic Clinic in North York.

She was rushed to hospital where she died.

And all because of some squishy matter around the abdomen.

Now everyone from plastic surgeons to the coroner’s office leading the investigation into Krista Stryland’s death on Sept. 20 wants to know what went wrong.

The family doctor who performed the surgery, which is believed to carry relatively low risks, had training in cosmetic surgery but was not believed to be a licensed plastic surgeon.

She invites visitors to e-mail in questions, which she promises to answer in a timely fashion.

Regrettably, Stryland can’t answer mine: Why would such a beautiful, vital and successful woman ever take such a risk?

That most people leave the operating table alive (and with the benefit of feeling a little lighter) is a moot point.

Fact is, some don’t.

Regardless, many choose to undergo such beauty-enhancing surgeries.

“I wanted lipo to correct a lopsided bottom,” explains a 41-year-old woman who runs a prosperous consulting company in New York.

“It worked great… they also injected the extra fat back in my bottom giving it a rounder appearance. It was quite flat before. The results have lasted, and my butt does look good.”

She’s also had other work done, including Thermage, an alternative to a surgical face lift; Intense Pulsed Light Laser Therapy to correct skin imperfections; a breast reduction; laser hair removal, and fat injections under the eyes.

Though she calls them “maintenance procedures,” she admits societal pressure did play a role.

“It would be naïve of me to say that I am not trying to keep up with a certain standard of western beauty;” she says. “It’s difficult to see yourself age, especially when you know you looked so much better five years ago.”

According to the website plasticurgerystatistics.com, women are the main consumers of cosmetic operations, accounting for 85 per cent of surgeries.

In Canada, the most popular procedures are liposuction (24 per cent) and breast augmentation (17 per cent).

Stryland isn’t the first to pay the high cost of beauty by taking her final breath, and, it’s unlikely she’ll be the last.

While the tragedy has generated renewed interest in how cosmetic surgery is regulated in Canada (which varies from province to province) shouldn’t we also be probing the reasons so many women are going to ridiculous lengths in their quest for perfection?

Fact is, we’ve been brain­washed into believing that cosmetic surgery is as normal as getting a routine teeth cleaning or an annual physical.

I am all for revamping the regulatory system if it means toughening the safety standards, however, let it be said that above all else, it’s our perception of beauty – and not our bodies -that’s desperately in need of a makeover.