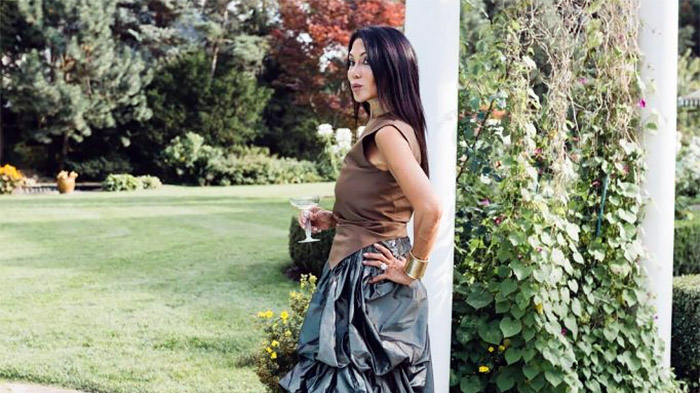 TIFF 2017 delivered on epic overtures, plucky stunts and flawless fashion moments. From Lady Gaga bursting out in song to fashion icon Grace Jones dancing late into the night with design aces Greta Constantine and luminaries Krystal Koo and Michael Cooper. We highlight the rest for you right here, enjoy catching up on Hollywood’s finest forays into awards season.

The Nordstrom Supper Suite was the hautest invite of the festival, paying tribute to top film selections and casts of the festival across a combination of private cocktail parties and dinners. At the pre-premiere reception of the polarizing remake of the Steve McQueen and Dustin Hoffman film, Hunnam made sure to nibble on multiple STK “greatest hits”. Papillon is directed by Michael Noer and starring Charlie Hunnam, Rami Malek, Tommy Flanagan and Eve Hewson. The Nordstrom Supper Suite also played host to the The Creative Coalition’s Spotlight Initiative Awards Dinner honoring Bill Pullman, Jason Isaacs, Brian D’Arcy James, Zachary Quinto, Matthew Newton, Julianne Nicholson and Jason Biggs.

RBC House hosted the official Mary Shelley premiere party for Maisie Williams, Elle Fanning, Douglas Booth, Bel Powley and director Haifaa Al-Mansour. The cast was in high spirits as Fanning celebrated with producers, while real life couple Booth and Powley shared a few quick, endearing kisses. This season’s leading lady in the making is Elle Fanning. She has transitioned from gawky, nerdy director’s darling to triple-crown gamine and graceful. Fanning looked luminous in a blush Alexander McQueen gown and was truly the life of the party.

Nothing says celebration like a 9L Salmanazar bottle of Moët & Chandon. Celebrities literally lined up to sign the magnificent and iconic bottle during the fest. The autographed bottle of will be auctioned at a special event, hosted by the Business and Professional Women Clubs of Canada, benefitting TIFF’s Share Her Journey campaign. Priyanka Chopra, Chloë Sevigny, Nicolas Cage, Diane Lane, Selma Blair, Tony Goldwyn, Annette Bening and Willem Dafoe all signed with grace and aplomb.

The Artists for Peace and Justice Festival Gala was a hit, presented by Bovet 1822, held at the Art Gallery of Ontario. The theme was “here to serve,” and was inspired by the spirit of activism and social justice, raising $1.1 million for development initiatives in Haiti. The theme was taken so seriously that my main course was served by Academy Award winner Cuba Gooding Jr. APJ founder Paul Haggis and actor Ben Stiller also pitched in to help as waiters. Philanthropist Gary Slaight was honoured by Birks for his commitment to charity.

All hail Halle Berry. The scene on the new Bisha Hotel rooftop was as impressive as it gets – swoon worthy views of the city, sizzling views of the magnificent Halle. She moved like a Formula E car when greeting admirers, all grace and no friction. Such a smashing affair for the premiere of Kings.

Back at SoHo House, Jessica Chastain and Michael Greyeyes were out for a party given by Grey Goose for their film Woman Walks Ahead, the latest from director Susanna White. Soho House and French luxury brand Grey Goose vodka have co-hosted film industry events and parties for nine concurrent years during the fest, as part of their ongoing support of the film community.

On official opening night, Borg/McEnroe, the first of three tennis-focused films premiering at the fest, starring Shia LaBeouf as hot headed, self-sabotage artist John McEnroe, Sverrir Gudnason and Stellan Skarsgard made its screen debut, the film later received the party treatment at Mongrel House, which popped up again on Queen Street West for a week of smashing, cheeky bashes to honour Mongrel’s feast of releases. Taking place at the historic Campbell House Museum, the hotspot served as a hub for a series of events in celebration of the distributors’ films premiering at TIFF, most noteworthy: Call Me By Your Name, Film Stars Don’t Die in Liverpool and Mark Felt – The Man Who Brought Down the White House.

The Mongrel vibe was buzzing every night with a main stage with live music, a night market with artisanal food stations from the historic St. Lawrence Market, live-karaoke, ping pong lounge, speakeasy and Canadiana chamber. Key partner, Lamborghini, will be commemorating the release of its newest flagship Super Car model, Lamborghini Aventador S onsite. Accentuated by its breathtaking style, cutting-edge design and dynamics, Lamborghini’s Aventador S is the pinnacle of Italian engineering and ‘Made in Italy’ excellence.

In a pre-festival first, Ann Kaplan, prominent businesswoman and media personality invited festival insiders for a luxurious day of beauty prep in her home. This rather divine invite to get glam like a bonafide screen siren at the Real Housewives of Toronto star’s sprawling mansion gave us a candid sense of this polished author and speaker. Society doyennes and media arrived for manis and makeup; also on the beauty menu was lip injections, botox and chemical peels.

Dermal fillers by SpaMedica were exceedingly popular with attendees as founder Dr. Stephen Mulholland is regarded as one of Canada’s top specialists. He has shared his industry insight with The Today Show, The Doctors and The View and The Other Half. He is best known for his non-surgical facelift techniques, including the Pan G. treatment which he launched in 2000.

Kaplan’s gated Bridle Path home is absolutely ravishing, adorned with rare finds and tasteful antiques. It’s also two doors down from where Drake’s palatial new pad is under construction. Bottles of 2006 Dom Perignon awaited an intimate group of attendees. From manis in a mahogany library by the team behind Her Majesty’s Pleasure nail bar, to blow outs by Vidal Sassoon’s Creative Director Wesley Hanlon, this invite was every glamour junkie’s dream come.

EGPR’s Essentials Lounge, returned for its eighth and frankly best season. This one-day event is a beacon to red carpet hosts who recharge here in preparation of long hours and crazy timelines. An experiential hub, the lounge hosted fabulous help from DIOR Beauty. The Dior Beauty team worked tirelessly to primp on air-talent, showcasing the latest and greatest cosmetics from their line. Running around town and standing up straight for hours can be a drag. Iconic footwear brand Keds got everyone fired up about choosing comfort over crying over sore feet. Needless to say, women went wild over the FW17 collection of Keds by Kate Spade.

This year marked the eighth beauty BOUTIQUE by Shoppers Drug Mart TIFF Suite, but for the first time ever, in partnership with Entertainment One’s TIFF Lounge. The lounge spoiled talent with beauty services such as St. Tropez custom skin finishing treatments by celebrity tanning expert, Sophie Evans and QUO by ORLY manicures by TIPS Nail Artist. Hair styling by Phyto is always on point.