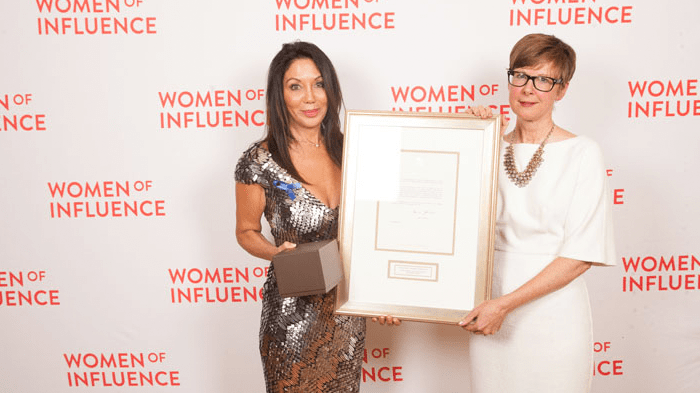 Six outstanding female entrepreneurs awarded out of a record-breaking 5,000 nominees

The 23rd annual RBC Canadian Women Entrepreneur Awards have named six winners of this year’s prestigious awards, including: the president of Calgary’s premiere boutique construction company; the visionary behind Canada’s leading provider of loans for almost 20 years, and; the CEO and founder of the most well-known seal of approval for children’s products in Canada.

“RBC is honoured to partner with Canadian women entrepreneurs who lead and drive business success in our economy and communities,” says Neil McLaughlin, executive vice president, Business Financial Services, RBC. “The awards allow us to celebrate their work and contributions while inspiring Canadians to pursue their entrepreneurial dreams.”

The announcement was made at a gala reception on November 18 hosted by Diane Francis, editor-at-large for the Financial Post. Following a record-breaking 5,000 nominees, this year’s winners are:

Alicia Skalin, Co-CEO and Head of Events and Programming, Women of Influence Inc., praised the winners for their dedication and drive, and for paving the way for future generations of female entrepreneurs. “We are honoured to recognize the contributions of women entrepreneurs in Canada, helping to inspire new generations of innovators and leaders,” explained Ms. Skalin.

“The number of women-owned businesses continues to grow, and our nominee numbers reflect that-every year we’re setting a new record. The 2015 winners have turned their personal passions-from home renovation to animal care-into thriving businesses. They have earned the esteem of their peers and their communities, and are truly paving the way for future female entrepreneurs.”

For more information on this year’s award winners, visit www.womenofinfluence.ca/rbc-cwea.

About the RBC Canadian Women Entrepreneur Awards
The 2015 RBC Canadian Women Entrepreneur Awards are presented by RBC and sponsors Deloitte, TELUS, The Printing House and PROFIT Magazine and are the pre-eminent national business awards recognizing the country’s leading female entrepreneurs. Now in its 23rd year, award recipients are selected based on a variety of criteria including, but not limited to, level of innovation, profitability and community impact. For more information, please visit: www.womenofinfluence.ca/rbc-cwea