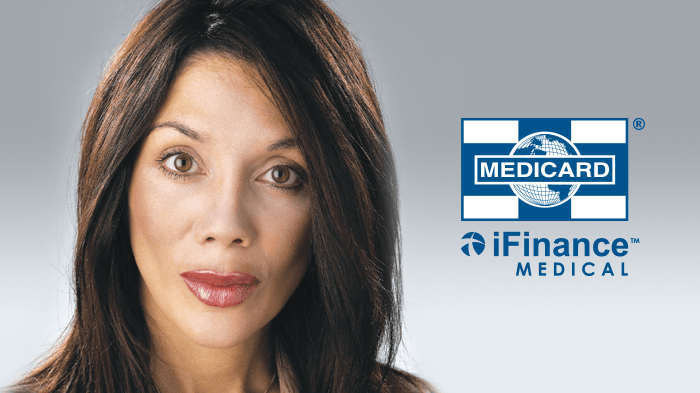 Ann Kaplan is the founder and CEO of Medicard. She is a Canadian Woman Entrepreneur Award winner (2000) who has developed a multi-million DASH dollar business serving thousands of physicians and tens of thousands of patients across the country.

After spending two hours in her downtown office talking about her family, husband and childhood, I discovered that Kaplan is both sentimental and funny. She has an entire drawer in her office full of files dedicated to people who have influenced her life. When she sees an article on someone she knows or finds something that may interest that particular person, she cuts it out and puts it in her file.

Born in Winnipeg, Kaplan has lived in New Zealand and Victoria, B.C. Her father was a radiologist and an internist and her mother is a psychologist. She laughs when she describes herself as a mix of Scottish, Hawaiian and Botox.

Kaplan has always been very independent. She moved out on her own at the age of 15 and left on good terms with her family. Even though she describes her father as the most irritating person she’s ever known, she says he was extremely eccentric and caring. “Everything he did came from his heart but it was misunderstood.” Kaplan’s love for her father hasn’t diminished since his death and tears fill her eyes when she talks of that terrible day. He was sick for 17 years, his body filled with various forms of cancer.

Kaplan spent most of those years caring for her father. She describes the worst and greatest moment in her life as the moment when he finally passed away in her arms. She believes that he was hanging on for her, suffering because he didn’t think she could deal with his death. She was glad to be with him when he died. It was both a tragedy and a gift – the end to his suffering came and yet a great person was gone.

Kaplan describes her mother as a woman who wears rose-coloured glasses. She isn’t jaded by life and can always find something positive in the world around her. Kaplan wishes she could be more like her mother.

Now living in Toronto, Kaplan moved Medicard’s head office when she married. Since nearly half of her business comes from Ontario, it made sense for her to open an office here. There is still an office in Vancouver (where she started the company) and another in Montreal.

Kaplan first got her idea for Medicard in 1995 when the government cut back its funding on elective surgeries. Upset about the government’s decision, she decided to start a company that financed medical surgeries. In less than two years she generated three million dollars worth of business.

Before starting Medicard, Kaplan operated an interior design store. She handed in her store keys to the landlord on her way to the hospital to deliver her first baby. But her children didn’t keep her from the business world for long. She is now going into her ninth year at Medicard and has six children at home.

Kaplan’s first marriage lasted for about five years. The couple had two children, then discovered that they were incompatible She jokes that he followed his money offshore and she hasn’t seen him since. Kaplan takes her losses well, and estimates that her ex-husband is worth about 25 million dollars, and he still has her share from the marriage so she’s offering a finder’s fee to anyone who knows where he is. She doesn’t wish him any harm, although if he does turn up dead, she’d like to collect what is oweing to her.

She is now married to Dr. Stephen Mulholland, who also has two children from a previous relationship.

Kaplan organises her life at home on the same sort of format that she does her life in the office. She says they have a computer in the kitchen that prints off the children’s agendas.

They also have signed contracts with the children which she uses to keep them on track and committed.

She is proud of her children’s accomplishments. Two of her boys scored third in their age categories in the world in tap-dance this year. One of her sons is gifted in guitar and she has a daughter with a personality that would knock anyone over.

Kaplan is passionate. She believes the world will be a better place if she invests her time and energy into her family and business. She protects what is close to her and believes in simplicity. For her, basics like health and nutrition are the most important elements for leading a successful life.

Ann Kaplan lives a strong, healthy lifestyle, busy but full, she balances everything with sleep, nutrition and a lot of love.