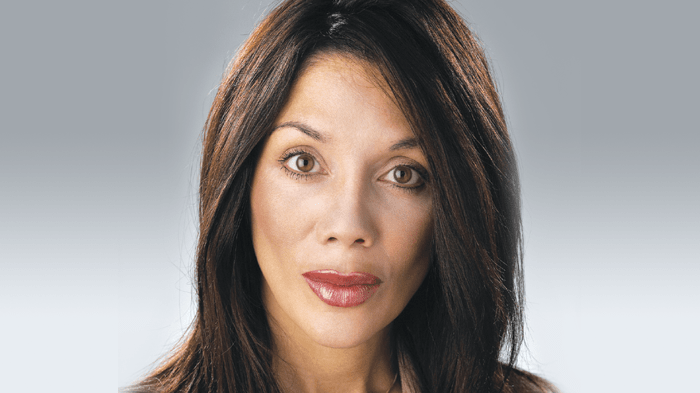 Ann Kaplan, founder and CEO of Medicard Finance Inc., quipped to Women’s Post over three years ago that she was a mix of those components. Yet I must beg to differ. Ann may well embody all three, but they are still a long way from defining one of the most successful businesswomen in Canada.

I met Ann at a Women’s Post Courage to Lead event last year. She had been asked to share her story of raising initial capital for Medicard. Though I was captivated by her charisma and entertained by her humour, it was her words that drew me in, particularly her views about professionalism. Ann is not a woman you will find showing everyone baby pictures around the water cooler. “I am a businesswoman and would like to be remembered for what I can or could contribute to whatever the discussion is,” says Ann. “I have found that once I mention ‘six children,’ it is brought up in almost every meeting and on every call.” Ann feels that women are at a disadvantage in this area: “If a woman is a mother and works, it is considered a hindrance or concerning. If a man is a father and works, it is assumed that the mother is looking after the children and everything is under control.”

Ann Kaplan embodied professionalism that evening right down to her choice of shoes. Yet I found myself wondering if she had had enhancements made to other areas. Ones that might involve that hyaluronic acid. (To solve the second riddle: hyaluronic acid is the main ingredient in dermal filler Restylane®.) Considering that Medicard finances consumer loans for elective surgeries, Ann has never shied away from admitting that she has “invested in treatments.”

As Ann sees it, “If I had age-appropriate crevices confirming my accelerated stress level, I would be just as confident.” But “[it] is absolutely comforting to know that I have a choice to slow down the process. Having had to battle a few creaks and groans in my bones — arthritis — there is some consolation that at least I don’t have to look as bad as I feel.”

With those six children and a thriving company, one might assume that looks would be the first thing to go (and then maybe the children). For Ann, balance is a matter of compartmentalizing, “focusing on the moment and only spending time with people that I want to.”

Ann argues: “It doesn’t take that much more time to tidy your hair, consider what you are wearing, or look after your skin. It also doesn’t take that much more time, effort, or money to take it one step further … I don’t know why any woman wouldn’t want to take care of her appearance. It’s not necessarily vanity — it’s about looking the best you can and, therefore, being the best you can.”

In times like these, setting yourself apart from the competition may entail just that. Of Canada’s economic future, Ann believes “we will become more accepting of less, businesses will need to be more accountable to survive, and investors will be more realistic with their expected returns.” Further down the slope, she foresees more “desperate times and desperate people.” Her prescription? “I suggest heading to the West Coast of British Columbia, throwing away your razors and setting up camp — just stay away from the farmed salmon.”

But once we reach the end of the slope, Ann anticipates a positive outcome, especially for the cosmetic enhancement industry. “It will evolve back to its roots. Surgeons will be even more valuable as there will be more demand and less supply. More importantly, consumers will be more educated. They will start to seek medical cosmetic intervention at an earlier age but will desire a more natural, less augmented appearance. We will also see beauty in uniqueness — the Barbie Doll look will be passé.”

Until that day, she will focus on her own unique life, with a side of vegetarian panang curry and a bottle of Chardonnay.