Edgy new look, minus the knife 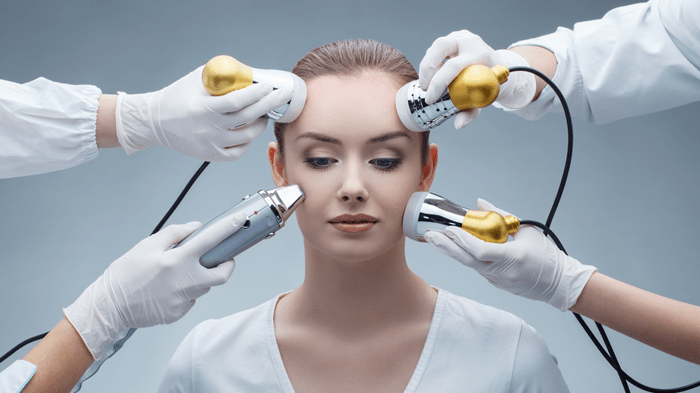 “The less risky procedures are growing the quickest. There is a general desire in our society for people to look their best, but most people don’t want to die getting there.” Dr. Stephen Mulholland, Cosmetic surgeon

Gone are the scalpels, gone the weeks, even months, of recovery. This ain’t your mother’s facelift. Indeed, advances in non-invasive cosmetic procedures are opening up options for men and women who don’t want surgery – but do want the benefits associated with it.

“The less risky procedures are growing the quickest,” says Dr. Stephen Mulholland, one of Toronto’s best-known cosmetic surgeons, who is among the exhibitors at this weekend’s New You show. “There is a general desire in our society for people to look their best, but most people don’t want to die getting there!”

With more than 100 physicians and speakers, the New You show, now in its fourth year, is a prime consumer-event for anyone contemplating surgical or non-surgical self­improvement. “You will leave informed and with a different perspective on cosmetic enhancement,” promises New You founder Ann Kaplan and Dr. Mulholland’s wife. She suggests using the show as a one­stop opportunity to talk to a variety of experts about the range of techniques available. All should be prepared to thoroughly acquaint you with the procedures and help you develop a realistic idea of what to expect. And don’t be shy about touching and testing the products that interest you, she says.

The watchword these days is variety, mixing and matching everything from skin rejuvenators to more lasting (and pricey) approaches.

Cosmetologist Kevin Rod, for example, will be at the show promoting the Vivi-S supplement and skin cream regimen. Relatively new to the market, the system uses vitamins, minerals, amino acids, fatty acids and creams to prevent and reverse ageing, as well as enhance hair and nail growth.

“Today’s client is looking for a combined treatment. Before, people would think only about a facelift or only about laser surgery; says Rod. Now, however, they “are more knowledgeable and educated. They use a variety of different measures and means to enhance their look”

If you are thinking of getting a surgical facelift or other procedure done, Mulholland recommends starting with the least permanent procedure possible. “Make sure you like it first and then move on to something that lasts!’

He says consulting with a specialist is an important first step in deciding what you want and the best doctor to do it. “Most patients don’t really know what’s available or what’s best for them,” he says.

Today, many cosmetic surgeons start with a digital photograph of your face, which is compared against a database of about 35,000 other patients of the same age and skin tone. You and the physician then discuss what your expectations are, appropriate procedures, comfort levels and cost.

Another long-term commitment enhancement is the PanG, a non­surgical facelift designed by Mulholland. “It’s like joining a gym for your face,” he says, suggesting it as the first option for face tightening. It involves electrical current and resistance techniques to bodybuild your facial muscles in the cheek, jowl and neck. “You get that lift effect without any insertion or needles,” Mulholland says. The PanG procedure is also used to maintain surgical facelifts.

Treatments are twice a week for eight to 10 weeks. After that, once-a­month visits help maintain the benefits. The cost is $3,500 for the program, including brow, cheek jaw and neck
Another step up the hierarchy of procedures is the Threadlift, a less invasive facelift. The surgeon threads a suture though the skin with a very thin needle.

The threads slightly lift the skin, holding it higher on the face. Just as a bolt holds a broken leg together while the bone heals, the sutures hold the skin up until the skin heals in place. Then the patient’s own body holds the skin. The threads are not removed.

The Threadlift involves a local anesthetic, takes an hour or less, followed by about a week of down­time. It lasts three to five years.

The average cost of this package – including cheek, jowl and neck -is $7,000. Doctors say you get about half the effect and longevity of a surgical face lift-and it costs half as much.
Dr. Otto Weiglein, also a show participant, is skeptical of new products.

“The holy grail of cosmetic procedures is absolutely marvelous results, no downtime, and no cost,” he says. “But the less downtime you have the less efficacy you have, so it depends.”
Although most visitors to New You are women between 25 and 55, there are an increasing number of men. Mulholland says when he opened his practice in 1997, less than 1% were men. Today they account for 15% to 20% of his non-surgical business. “Guys can be as vain as women, and now we have options,” he says.

“We have more and more middle­aged divorced men that are finding they still have to look reasonably good to attract someone!”