Enduring the jabs on The Real Housewives 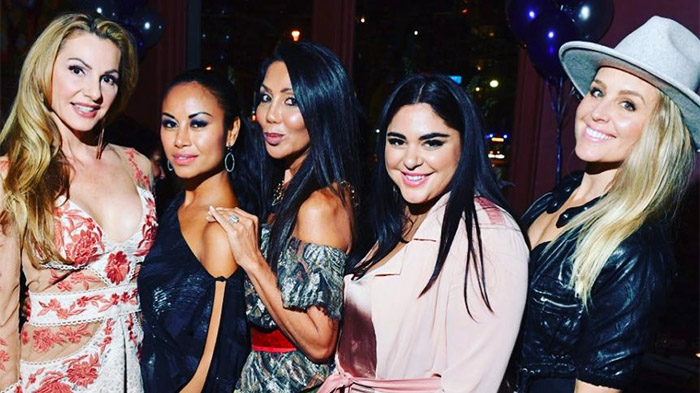 The show: The Real Housewives of Toronto, Season 1, Episode 1 The moment: The procedure party

Ann, a real estate magnate married to a plastic surgeon named Stephen, is hosting a party in a swanky hotel penthouse to show what Stephen can do in 20 minutes — as she puts it, “what you could do on your lunch hour.”

Ann asks the other five Housewives to gather around a white gurney. There’s Grego, styled as a party girl; Joan, a princess; Roxy, who’s young, curvy, ballsy; Jana, an exercise instructor ripe to become a trophy wife; and Kara, a yappy “corporate wife” who’s being set up as this season’s villain.

On the gurney lies a woman named Linda. She’s drugged, barely conscious. Stephen pokes holes in her face, then runs a wire from her eye to her lip and pulls it tight. The Housewives squirm and squeal. “Did anyone have the chicken satay skewers?” Ann jests. Linda’s too doped to care.

I’m sure we’ll never see Linda again; she’s just a prop. But I keep thinking about her. How out of it she looked. How willing she was to be used, for money or “self-improvement.”

It’s a real metaphor for this series, isn’t it? By this point, no one who signs on doesn’t know precisely what these shows are: cavalcades of cattiness. No one should be surprised or upset by what the producers do to them in the name of entertainment.

They just have to stand there and endure the jabs, appearing out of it, while we recoil in horror and feel smug that we’re better than them. The Real Housewives of Toronto airs Tuesdays at 10 p.m. on Slice and is available on demand. Johanna Schneller is a media connoisseur who zeroes in on pop-culture moments. She usually appears Monday through Thursday.