Everything you Wanted to Know about RHOT Ann Kaplan 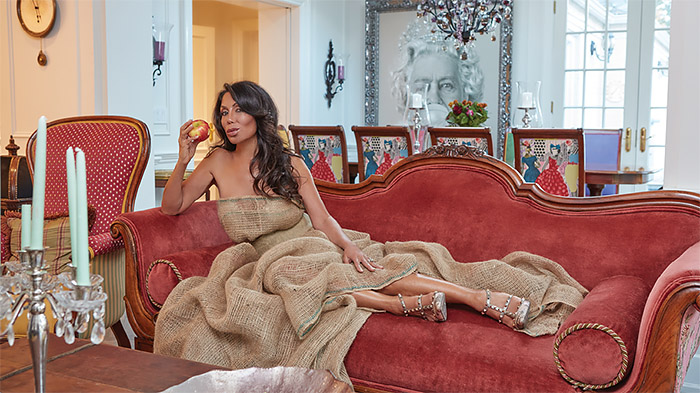 Ann Kaplan isn’t your typical housewife. A self-made multi-millionaire, this award-winning entrepreneur and busy mother of eight, has a life no script could live up to.

The Real Housewives franchise has grown to become today’s biggest real-life soap opera. Viewers tune-in weekly to watch cat fights between women draped in diamonds who meet for dinners that cost more than most people’s monthly mortgage. The cast members are rich women, most of whom are living the high life thanks to the bank accounts of their second and third husbands. Yet, the Toronto edition, while still following the wealthiest women in the city, took a turn for the better. It showcased one woman who made her own millions, with her own businesses, with her own effort.

iFinance Canada Inc., a multi-million dollar company that specializes in loans for medical, veterinary, dental and home improvement bills, is the brainchild of Kaplan who started the company back in 1996.Growing up in a family of doctors and medical specialists, the dinner conversation for Kaplan often centred around her parents’ speculation that Canada would eventually move to a two-tiered medical system.

“My thought was, ‘how would someone pay if they didn’t have the money for a medical procedure?’ says the CEO and president about her inspiration for starting iFinance Canada. “Although, we haven’t moved into a two-tiered system the way my parents had thought we would, there are definitely procedures we pay out of pocket for. That was what I was trying to set up. A company that could provide people that didn’t have the means to pay for their medical procedures.”

Kaplan started the company at the cusp of the cosmetic enhancement boom. Lasers weren’t yet used to treat skin issues and Botox wasn’t yet a household name. In the first 13 months, the company did $1 million in business; in its 14th month alone, it did another $1 million. Today, the company is close to doing a billion dollars in loan applications.

No surprise, then, that Kaplan is recognized for being one of the biggest players in the finance industry. Over the years, she has been inducted into the WXN Hall of Fame—Canada’s top 100 Most Powerful Women—and garnered accolades including a two-time win for Canadian Woman Entrepreneur of the Year and has also been recognized with the Peak Award of Excellence in Finance. Her company has been listed 13 times as one of Canada’s Profit Top 100 Companies. Yet, for Kaplan, what did come as a surprise—for her at least—was her most recent title: winner of the Ernst & Young Canadian Entrepreneur of the Year, Ontario: Finance.

“I’m so proud of this award because I was up against really big financial institutions and male-run institutions,” she says. “It was something I dreamed of because they don’t differentiate between male or female. It is an award for all entrepreneurs. It was always something I didn’t think a woman could win. I really didn’t think it was possible. So that tells me that we have come a long way, and I have been in this for 21 years. Yet, I am still not invited out for the cigars and brandy at conferences and that’s true. And I don’t care. I’m getting sleep while they’re out drinking.”

From mogul to housewife

In addition to running a multi-million-dollar company (iFinance Canda: Medicard, Petcard, DentalCard) and managing a vast bi-coastal real estate portfolio, Kaplan has also written four books, has a MSc, MBA, ICD.d and is completing her Doctorate in Business. She has also hosted television shows including Global’s NYtv, a national television show featuring cosmetic medical procedures, The Ultimate Makeover, Beauty by Design and CosmedicTV. In fact, she was scheduled to host an entirely different show when Real Housewives came calling—a show she knew nothing about.

“I went in for the interview with the producers and told them, ‘If you want someone who is really smart and funny, then I’m good. If you want someone going around slapping people, then that’s not me.’ I was very true to my personality. If it turned out I wasn’t a good fit, then that would be OK. I just didn’t want them to think I would start acting differently than who I was.”

Being real on reality TV

When choosing to do the show, Kaplan says her confidence was the deciding factor.

“I’m comfortable with who I am, so why would I be uncomfortable being on a reality show?”

While some children weren’t too keen on the idea of having cameras interfere with their day-to-day routines, the family ultimately decided to go for it. Today, that decision has changed their lives, immeasurably. “My youngest son has a hard time going to a mall with me because he doesn’t like the attention,” she says. “All of the children notice now that when we go out, I stop for selfies and pictures with people. The hard time my husband has is when someone hands him the camera and asks him to take a picture. I’m like ‘don’t you know this is Dr. Mulholland?’ she laughs.

Kaplan admits she didn’t pay much attention to herself when watching the show, preferring to focus on the fashion she wore. Although she says one of her favourite episodes on Housewives was when she went fishing in a ridiculous outfit, fashion is actually one of her real-life passions.

“I love fashion. I love style. And I like the idea that you can dress any way that you’d like to dress. You can create your own style that’s you,” she says.

When it comes to her own style inspiration, Kaplan says she has a love for Canadian designers such as Michael Zoffranieri (ZOFF) and Evan Biddell (BIDDELL). She also says she is inspired by Dolce & Gabbana, the newest Chanel and Gucci.

Kaplan, who admits she walks through department stores as if they were museums, says she is intrigued by new collections that are creative.

“I like taking pieces and changing them. I have the right to do that.nOr mixing different designers and creating my own look. I love to do that. Fashion is my hobby.”

In addition to dressing for success, Kaplan says she’s ready to appear on the next season of Real Housewives of Toronto. However, next season, she wants the show to depict more of her real life as a businesswoman and mom.

“I have gone back to the producers of the show and said, ‘I do work full-time and I’m proud of that,” she says. “That wasn’t really demonstrated on the show, and I would like to think I can be a different type of housewife and more of someone people would want to aspire to. I want to be a role model for women and for my children more than anything.”