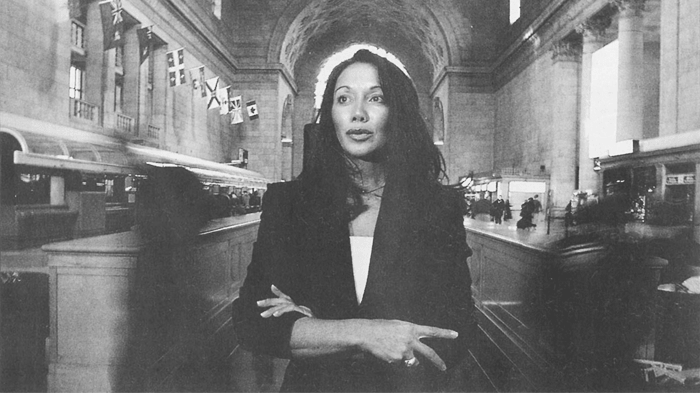 A Vancouver company is capi­talizing on people’s hunger for 20-20 vision, the perfect nose, a full head of hair or buoyant breasts.

You no longer have to be rich to afford these things, says entrepreneur Ann Kaplan, president and chief executive officer of Medicard Finance Inc., a five-year-old company that specializes in personal lending for elective surgery.

While a bank might feel comfortable offering house or car loans, Ms. Kaplan’s company doles out money for everything from facelifts to cosmetic dental surgery, and even veterinary procedures.
“The banks say they would rather loan me the money to go and do it,” she says, adding that patients across most of the country can’t apply for the loans on-line or at their doctor’s office.
Ms. Kaplan, whose venture is backed by the Bank of Montreal, has seized an opening in a market created by a rising demand for laser eye treatments and cosmetic surgery. Her business plans may also put her on the front lines of the health care debate in Canada.

A native of Victoria, she comes from a family of doctors. Her father, a radiologist, ran a private ultra­sound clinic in the city.

She moved to Vancouver to pursue an interest in design work, and ran a commercial design business with a focus on housing.

She founded Medicard in 1996, partly in response to her father’s frustration about the government’s refusal to fund his privately billed ultrasound procedures.

After hiring an accountant to work out marketing and overhead costs, Ms. Kaplan began knocking on doors of cosmetic and dental surgeons.

She got the support of 3,500 physicians, and says about a quarter of them use the service on a regular basis, finding that 10 to 40 per cent of their clients require loans to pay for surgery.
In its first 13 months, Medicard issued $I-million in personal loans. Its interest rate varies, from 13.95 per cent to 24.95 per cent, depending on a client’s credit history.

About a quarter of Medicard’s loans have been for laser eye surgery, followed by plastic surgery, including facelifts and breast implants.

Networking allowed Ms. Kaplan to gain investor support and bank backing. After 18 months of talks and six months of due diligence, Bank of Montreal came on board with credit backing and gave her the autonomy to approve loan applications.

Jim Gallagher, Bank of Montre­al’s senior manager of corporate finance, says Ms. Kaplan approached the bank with a business plan that was well thought out. “She’s a very dynamic and energetic person,” Mr. Gallagher says. “She pays a lot of attention to detail. Basically she has identified a niche market and has gone after it.”

In 1999, Medicard added new services such as third-party collections for medical clients. With backing from Royal Bank of Canada it has moved into medical equipment leasing as well. It currently has 19 employees.

Recently, Ms. Kaplan received an injection of capital from investment group Almasa Capital Inc. of Montreal, in return for equity in the business.

Though she won’t divulge annual revenue, Ms. Kaplan says each month Medicard receives requests for more than #3-million worth of elective surgery loans. The average loan is for $3,500, and the company approves about 75 per cent of all requests.

But gaining credibility in the medical community did not come easily. Cosmetic surgeon Dr. Benjamin Gelfant, whose Vancouver clinic has signed up with Medicard, says he originally opposed the concept. But he changed his mind after recognizing that “credit is now an established fact” in society. Roughly 10 per cent os his clients use Medicard.

If I didn’t have $4000 to $5000 of so-called disposable money, how could the average cosmetic surgery patient have it?” Dr. Gelfant says.

Sandra, 21, a former patient of Dr. Gelfant and now a receptionist at his clinic, says Medicard lent her money for liposuction surgery 18 months ago. The young woman, who recently paid off her loan for $5,500, was charged 13.5-per-cent interest and liked the fast, confidential service.

“Without Medicard there was no way I would have had the surgery done when I did,” says Sandra, who didn’t want to give her last name.

She says elective surgery customers might not feel comfortable going to a bank or a family member for money. “I could do it all without anybody knowing about it. At a bank I would have had to tell them why I was having surgery.”

Ms. Kaplan says she will not stop with the elective medical market. In April, Medicard will launch a pilot project with WTP Health, a division of Zurich Insurance, that will focus on pharmaceutical lending.

Down the road, Medicard may leap into the centre of the Canadian medicare controversy. With two­tiered health care looming, Ms. Kaplan says she’s a nip-and-tuck away from becoming a “brand­name, sensible option” for the waiting lists of magnetic resonance imaging patients.

She believes that MRI will be the first medical procedure that people will be allowed to pay for, in order to bypass long waits. While the government will fund those who can’t afford the option, “if you want the choice, we’ll be there,” she says.