The aging body – fix ‘er up or let it slide? 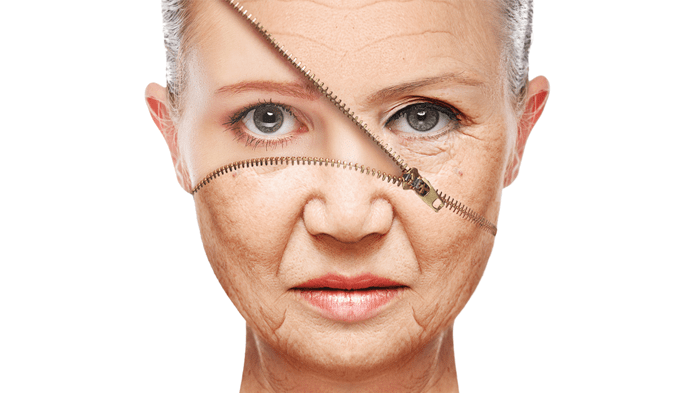 Some day soon, we – and I mean all of us, women and men – will have to choose.

Are we on board, or are we going to be left behind to the ravages of age?

Up to this week, I’ve shrugged off the question. The idea of cosmetic enhancement always gave me the shivers, conjuring nightmare scenes from The First Wives Club and the double threat of Pamela Anderson’s chest.

Then I went to the Anti-Aging Show, Vancouver’s first public show-and-tell for the cosmetic enhancement crowd, staged Wednesday night at the Hyatt Regency. Suddenly I was on the other side of the great divide, mixing with close to 400 mostly middle-aged, good-looking women and men who want to stay that way and who don’t seem the least bit scared to try it or embarrassed to admit it.

I think that’s what jangled me, the matter-of-factness. It felt like, well, why wouldn’t we all want to keep our cheeks up there on our cheek bones where they belong, and erase the furrows that make us scowl even when we’re happy?

Or, as several of the show’s exhibitors put it, “to look as young as we feel.” For not much more than what we’d pay for a new suit (from Holt Renfrew.) For no extra risk than a root canal – and less than jaywalking across Burrard.

It becomes less frightening and more doable the more you learn about it, which is what drives events like the Anti-Aging Show. Walking in the door is the hard part – just like walking into a laser clinic for the first time. You look furtively around, rehearsing your spiel about the sunspot on your cheek in case you bump into someone you know. But once you’re in, your guard goes down because everyone’s cheerfully comparing their smooth brows and hairless armpits and next thing you know you’re signing up to have your nipples moved two inches north.

“I’ve got a hundred units of Botox on board,” quipped Dr. Martin Braun, pointing at his unlined forehead and setting off a ripple of laughter through the packed seminar room in the Hyatt where he was holding forth – the first of three medical speakers on Wednesday’s program. Next was Botox pioneer Dr. Jean Carruthers, then plastic surgeon Dr. Matthew Mosher, who specializes in breast augmentation. In the adjacent ballroom, two dozen exhibitors showcased rejuvenation products and techniques, ranging from tooth whiteners to radio wave cellulite blasters.

Braun was there to talk about his specialty – laser therapy for damaged skin. But like the other doctors, and the majority of professionals working in this field, he advocates a combination of treatments for best results. He proudly wears them in public and speaks of them as if they’re nothing. As if you’d be crazy not to do the same.

“As we age, everything goes south,” Braun told his audience. “Eventually we will all need the services of a cosmetic surgeon.”

We. All. The language disarms the as-yet unrejuvenated, and reassures those who’ve already walked through these revolving doors. (Few people walk through once. Rejuvenation is as much hobby as treatment)

“It’s like painting,” chirps Carruthers as she daintily injects filler into a repeat client’s already full lips. “Because it’s not permanent, like surgery, you can do a little here, a little there, try more next time… ”

You can hear a needle drop in the room as Carruthers subtly recontours 43-year-old Merrilee’s pretty face. To break the tension, the stylishly dressed doctor asks the audience for feedback. “Don’t you think I need to put some more on this side?” and “Is the proportion good? Should I stop here?”

“A little more on the left,” a woman near me shouts, and the doctor keeps pumping the syringe – using more than she’d normally do at her clinic. This is a show and Merrilee her willing costar. “Whaddya think now?” Carruthers asks us. “If I do more, we’re going to be into First Wives!”

By now, Merrilee has about $800 worth of Botox and close to $2,000 worth of three different fillers (Restylane, Perlane and FineLine) in her face, and she is even more beautiful than she started out. It’s true, if beauty is measured in a megawatt smile and carefree brow.

If she wants to keep this look, she’ll have to come back for top­ups every six months, says Carruthers.

And if not, what? The facial equivalent of Three Mile Island? Ten years ago, that might have been a valid concern. Less so with today’s minimally invasive treatments: sugar-based fillers instead of facelifts; photorejuvenation instead of dermabrasion; pulsed light therapy instead of psychotherapy …

Okay, the claims can go too far. But the fact is it’s getting easier and safer to trick Mother Nature, if only for a few precious years in mid­life. Which is why so many people are jumping on board. More than 100,000 Canadians had Botox injections last year, including 26,000 British Columbians – up 20 per cent from the previous year. Fillers are growing by 23 per cent; laser hair removal by almost 400 per cent. Ann Kaplan knows those statistics because she compiled them last year as part of her executive MBA thesis at Toronto’s Rotman School of Business. She also watches them closely because it’s her business, as founder of Medicard, a credit card company that covers cosmetic procedures, and as the organizer of the Anti-Aging show – an annual event for the past three years in Toronto, where it’s called The New You. It draws as many as 15,000 people there, with about 300 exhibits and 100 doctors giving speeches and hands-on demonstrations.
It’s bound to remain a much smaller niche in Vancouver, Kaplan told me earlier in the week over coffee in her suite at the Hyatt. “You wear a wrinkle as a badge of honour out here. You ski, you sail, you’ve got wrinkles.”

I tried hard not to take her words too personally. Not to watch her watch my face. I am 52 and have got more than a few badges, of which I’m not terribly proud, but there you go.
She is 44 and unlined despite running a large company and having six children between the ages of one and 15 – “mergers, startups and acquisitions,” she says. Meaning it’s a blended family. She’s a real cut-up, once you understand her sense of humour.

Her background: “Hawaiian-Scottish-Botox.” A former competitive weight lifter, now CEO of a $75-million company. She is married to one of Toronto’s most prominent cosmetic plastic surgeons, Dr. Stephen Mulholland, “which is too bad because he can’t work on me.”

Kaplan is traveling with her two-year-old daughter Talise this week. Mother and daughter spent the morning getting French manicures, she tells me, with the same candour Jean Carruthers’ beautiful young office assistants talk about all the treatments they’re having. And why wouldn’t they?

Kaplan is equally candid about the mistakes she has made, such as using Botox rather than filler around her mouth, paralyzing the muscles instead of merely plumping the tissues. “My boys loved it because I couldn’t get mad at them – I just couldn’t get an angry look.” She once went overboard on the lip filler and now prefers to go every six weeks for more subtle enhancements.
“You don’t really get this,” she tells me at one point, reading my badges. But she’s wrong – I do. It’s just that Ann Kaplan and I live on different sides of the great divide, and her job is to help women come over. Mine is to document the exodus.

At least, that’s how I felt till I got home from the show, washed up and paused for a good long look in the bathroom mirror. Is it time to take a step on that slippery slope? Once on, will I have the time, money and will to keep going? Will it make me happy in the short run? Will it matter in the long?

The next morning, I booked an appointment to have Dr. Braun take a look at that sun spot. On my cheek. Honest.