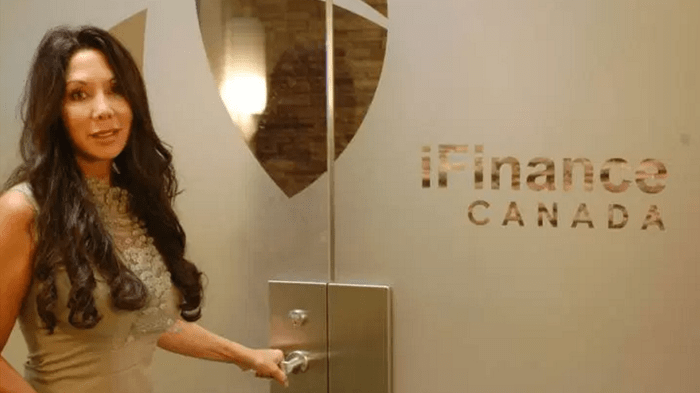 Ann Kaplan, founder and CEO of iFinance Canada, the largest lender of unsecured loans for elective surgery in the country.

Need a loan for breast implants? What about a facelift, or teeth whitening?

Every year thousands of women as well as a few men borrow to fund cosmetic surgeries. Often, the company making that loan is iFinance Canada Inc., the biggest provider of plastic surgery financing in the country having lent out more than $200-million to Canadians wanting to nip, tuck and lift their looks through elective procedures.

Ann Kaplan, chief executive and founder of the alternative lender, is rightly proud of the business she formed in Vancouver in 1996 and watched grow into a multimillion-dollar empire – tracking closely with the growth in credit as well as cosmetic surgery clinics that have sprouted up across the country over the last decade and a half.

“I put the company together to fill a niche, to loan money to people wanting medical procedures but didn’t have enough to pay for it,” she said in a recent interview at her Toronto office located at Bay and Bloor St, the nexus where high-end retail shops like Hermes and Chanel brush against the country’s major financial institutions.

But with consumer debt reaching all-time highs appetite for credit is diminishing, several reports suggest. Not surprisingly perhaps, iFinance Canada is seeing a lull in loan-making. “I think the market has plateaued a little bit,” Kaplan says.

With the plateau comes a moment to examine the role financial institutions, including the country’s banks and insurers who buy up 80 per cent of the unsecured loans iFinance makes, play in facilitating the growth of debt for implants and other cosmetic procedures — surgeries that also carry legitimate medical risks.

Kaplan has faced the ethics question before, and can mount a persuasive defence.

“Who’s to deem that that person who gets a cosmetic procedure doesn’t need one because they’re going to feel better by it. Somebody who was born maybe with a cleft lip or was burnt or will never get married because they’re bald, or whose teeth are crooked and they can’t afford it,” she said.

“What’s wrong with having a company that lends to these people?”

Boiled down, there’s little separating iFinance Canada, which operates its medical loan business under the name Medicard, from other lenders according Claire Tsai, a business professor at the Rotman School of Management at the University of Toronto.

“What is the difference between this and other financing services we get, at car dealers for example, or for durable goods?” says Tsai, an expert in behavioural economics. “If somebody is making sixty thousand a year and wants to buy a BMW, the car dealers are enabling it. Is that ethical? It’s a grey area.”

“Clinics are trying to make money, just like car dealers.”

A network of about 8,000 cosmetic surgeons, dentists and other medical practitioners form the backbone of iFinance Canada’s business model; like an auto dealership, a customer comes in to inquire about a service and is given financing options.

“We give patients a file folder of information and there’s actually a brochure,” says William Middleton, a surgeon who has operated a clinic in Toronto for 25 years. “The financing has allowed a lot more people to have surgery that previously couldn’t afford it.”

Middleton partnered with iFinance more than a decade ago, and says about 10 per cent of clients pay for surgery with a loan.

Who is the average iFinance Canada customer? A woman roughly 35 years old with an annual income of between $40,000 and $45,000 who is likely to reside in a major city. Credit scores are in the 690 neighbourhood or above, Kaplan says (below 640 is considered ‘subprime’ or higher risk of default).

Middleton says a wide range of clients use the program, pointing to two recent patients who had tummy tucks, one a lawyer the other a cashier.

Kaplan appears far from being an unscrupulous predatory lender, however, explaining the business in the methodical manner of purely rationalist businesswoman, even exuding a degree of empathy.

The mother of six (four biological, two adopted) is in the process of sponsoring another child to come to Canada, a young Ethiopian girl named Yeasbra.

The young girl lived with Kaplan and her family last year when she was having her cleft face rebuilt at Sick Children’s Hospital in Toronto, paid for in part through the Herbie Foundation and Transforming Faces Worldwide, charities iFinance Canada and Kaplan support.

“Her mother asked us to take her,” Kaplan says. Facing dim prospects of attaining a meaningful education in Africa, or overcoming the social stigma Yeasbra would still continue to face in her home country, Kaplan agreed to sponsor the child. “Why wouldn’t we?” Kaplan said.

Kaplan also holds concerns however for the alternative lending market, which is ultimately intertwined with the country’s major banks and financial institutions (who buy the loan portfolios alternative lenders generate). She’s advocating for greater oversight and regulation for companies like her’s.

The publicity of a published profile is fine, the somewhat soft-spoken executive says, but she wants to get the message out that financial firms like her’s should be subject to similar kinds of standardized disclosures that regulated banks and public companies must abide by and which currently don’t exist–leaving open the potential for fraud and systemic risk in the financial system.

“It’s time, we’ve come out of a crisis. Let’s make sure to put processes in place to make sure we don’t end up in another one,” Kaplan said.

She suggested modelling something on the Sarbanes Oxley Act in the United States, which came about in 2002 following a string of corporate financial scandals and excesses.

“It makes a lot of sense to do something like this,” she said.