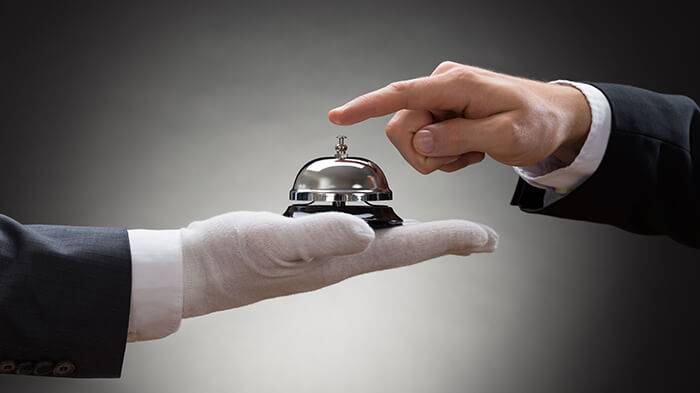 Sometimes, there is boundless wisdom in apparent contradiction. Such is the case with the complicated, clever concept of servant leadership.
Servant leadership is a practical, altruistic philosophy finding increasing play in the modern workplace as leadership styles overall shift to those that emphasize compassion, encouragement, empathy and service. Inside the servant-leadership belief system, the best parts of leadership lie in assisting others to find meaning and purpose in their work, and to foster a sense of community among them.
Here, corporate leaders apply spiritual principles to their professional environment such that the employees in their influence benefit. As opposed to operating with a top-down hierarchical style, the servant-leader presides over an organization whose roots of control are decentralized. He is persuasive, empathetic, a good listener and in possession of a sincere interest in building a community—all qualities that lend him constructive “authority” more than they do no-holds-barred “power.”
The spiritual leader appreciates how important it is for employees to enjoy meaning in their work, and to spend their days engaged in professional enterprise that celebrates their whole person, and not just the parts of them that are earmarked for labour.
Servant leaders are felt to be effective because followers’ needs to reach their full potential, and hence perform at their best, are addressed under their stewardship.
Consistent with certain aspects of Christianity (though not formally so associated), the concept first reared its head in 4 BC, when Chanakya, an advisor to an ancient Indian emperor, wrote, “The king shall consider as good, not what pleases himself but what pleases his subjects.”
In more recent times, a longtime corporate management guru from the States, Robert Greenleaf, coined the servant leadership term in his 1970 essay, “Servant as Leader.” By Greenleaf’s definition, a desire to lead ideally stems from a desire to serve—a critical distinction considering the material and ego-fed inspiration that launches a person whose penchant to lead is motivated by desires that unfold in the opposite order.
In his second major essay, The Institution as Servant, Greenleaf articulated what is often called the “credo” of his servant-leadership concept. He said:
“My thesis—caring for persons, the more able and the less able serving each other—is the rock upon which a good society is built. Whereas, until recently, caring was largely person to person, now most of it is mediated through institutions—often large, complex, powerful, impersonal; not always competent; sometimes corrupt.
“If a better society is to be built, one that is more just and more loving, one that provides greater creative opportunity for its people, then the most open course is to raise both the capacity to serve and the very performance as servant of existing major institutions by new regenerative forces operating within them.”