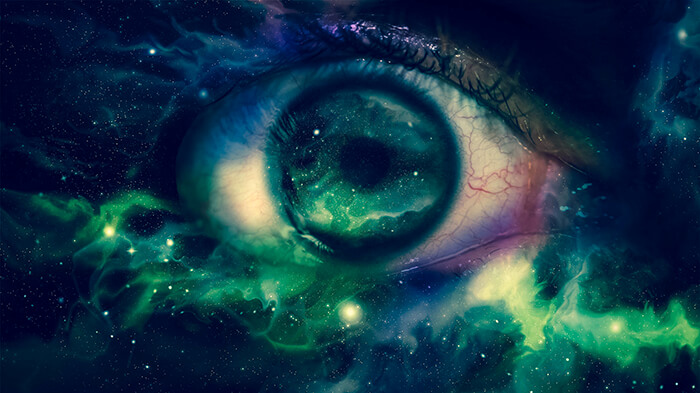 For ease of application and avoidance of extra effort — concepts of which we humans are extremely fond — the world’s amorphous concepts are often lumped under grab-bag headings that lose their precision with each new reference that’s stashed inside them. So it is with spirituality, and so it is with superstition. And so it is, thanks to the same pursuit of efficient and slothful shorthand, that this amorphous pair is often found sheltering under the same umbrella.

Historians, scholars, religious figures and everyday Joes have long sought to define this thing called “spirituality.” Much of this speculation has occupied itself with the business of distinguishing its definitions from those of organized religion, as folks in each camp variously align themselves with, or distance themselves from, the hard-line dimensions that describe the conviction of ordained faith.

The intersection of spirituality and superstition, however, has not been similarly explored. For the hard-core religious camp, it’s a gimme to group the two together, writing off with one unexamined stroke the flimsiness the orthodox believers tend to assign to such nebulous notions.

But for the spiritualists, a population that feels just as strongly about the righteousness of its ideals, the cohabitation arrangement with superstition is neither as kneejerk nor as welcome. Assume a spiritual soul will be crushed by the black cat crossing his path, and risk undermining the depth of conviction with which he regards his inner life.

Spirituality is, ultimately, a fiercely personal principle. To you, it means one thing; to me, it means something else. Your spirituality may reside entirely inside the confines of a tall-spired church; mine might live in a field of yellow lilies. Still, everyone who allows it room in their lives regards spirituality, in some measure, as a form of emotional connection to the universe.

For its part, superstition is generally considered to be the force that compels people to avoid under-ladder passages and 13th-floor office space. A belief in good luck is universal, cutting across religious, gender and class lines. With superstition, we can nurture the illusion that we might actually have control over our fortunes — just so long as we wear the right talisman or perform the right ritual.

A new survey of corporate India, where spirituality is an enduring force, found that 65 percent of Indian employees are superstitious. Further, the research reveals that 48 percent believe their irrational beliefs actually have a “positive” effect on their workplace. And their employers aren’t apparently troubled by this conviction, with the great majority of them allowing for open practice of superstitious rituals on the job. Employees’ workstations here are generously outfitted with lucky charms, thoughtfully arranged idols, “money plants” and god stickers. And practices like Feng Shui and Vaastu Shastra are liberally employed in organizing the lot.

But, superstition, too, is ultimately a deeply personal consideration.

And so in the final pass, it’s right to say that both spirituality and superstition do share some common, sacred ground. Both concern themselves with a belief in spirits of one kind or another. And both offer the wandering human race much-longed-for reassurance that the universe is not merely arbitrary and cruel, after all, but superintended by all manner of mysterious forces that will never truly be wholly understood.