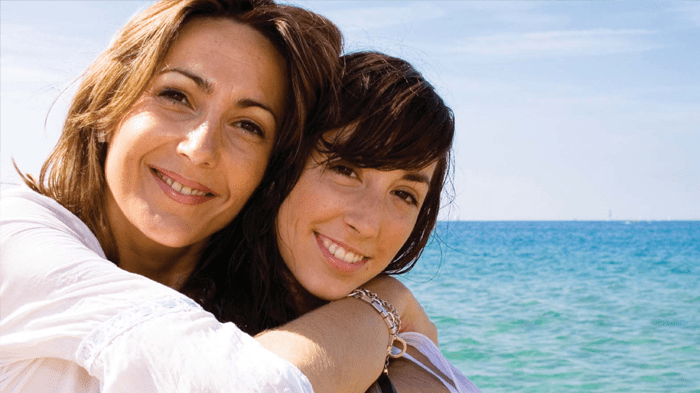 I know it sounds a little crass, and perhaps unusual, but any fearless mother of teenagers will understand the predicament I found myself in. After all, if you have raised a few teenagers you will understand that there is some point when sanity is questioned (yours not theirs) and the ability to throw in the towel is not an option.

I was lost. A mother of six with four hormonal teenagers — that in itself, even spouting out the words is enough to drive anyone to a liquored-stupor, in fact the only thing that stopped me from the pursuit of alcohol is that any bottles that had not gone astray had mysteriously been filled with some non-alcoholic concoction of water and syrup.

I did, however, have hope that the next round (of offspring) would provide glue and stability for our expanding family. You would think that having two adorable little ones at home would have driven the teens to become role models, learn to baby-sit and take a genuine interest in how others view the world. Instead, like a mean, cruel twist of fate, there I was with a four-year-old hair-gel junky popping me high fives in the morning and requesting I replace his Johnson and Johnson’s with Head and Shoulders.

And I won’t even go into the fascination my five-year-old daughter had with piercings, or the fact that she beheaded all of her Barbies and begged endlessly to listen to Bob Marley and Google Youtube. Morphing the six of them together yielded a comedy routine that made the cast of Modern Family look normal.

It is not that we were not normal; it is that we were and are so absolutely the epitome of what has happened to the typical North American family unit. We are tech dependent, over-achieving, over-processed shadows of what our ancestors envisioned. And the sad thing is that we are creating more of these mutant beings by allowing them to “be themselves” while they are still trying to find themselves and expecting a dream child to emerge “if only they can survive their teens.”

Survival Techniques (For You, Not Them)

But I am not here to tell you what you already know or what you fear, I want to share my survival skills, how I managed to keep myself together, or appear to and hope that some good comes out of my experience.

I found the answer overnight…maybe I just snapped, or possibly the sense of defeat enabled a dormant gene — like a loose cannon shooting demons — to ignite. I am not sure when it happened, but at some point I lost my sense of humour and calculating, mischievous solutions started to enter my mind. I started to think of myself, not just my kids, and decided to get a life. I simply got smart. (Perhaps dragging teenagers out of bed was not how I wanted to spend the morning, especially when I began to notice that some of them were not even my own).

You see, I had become a dictator, a barker, I dreamed of hiring someone to come in and nag. I actually debated purchasing a dog from the airport to sniffs for drugs, anything that would give me a sense of relief, especially a counterpart masked as a family pet. I even inquired about installing condom machines in the boys’ bathroom and the possibility of obtaining small chips that I could insert under my older daughter’s skin (“Try coming home late now, dear!”). The sad part was the seriousness of it all. I was desperate. I needed to get my mojo (whatever that is) back. I needed to get real.

Get Your Mojo Back

So I quit. I lightened up. I bought them each an alarm clock, stopped signing their excuses at school (at least I know where they are when they are in detention) and started to reallocate their growing clothing and technology budget toward more practical purchases, like Prada and Gucci — for me. I started to look after me.

No, I was no longer going to look like the exhausted, defeated person that I had become, I was going to turn heads (at least my husband’s). I started to jog (The Running Room is great), cut my hair (bangs can take years off) and instead of getting up to nag, I started to wake up to a hot shower. Surprisingly, I discovered the time (lost that excuse) and I felt better for it.

Time has passed since the new me emerged. The teens have not changed, but I have. I now see them as they are, but more importantly, they see me as I am. Don’t get me wrong, I am still a “nerd’ in their eyes, but they see me as happy with who I am, they see me as taking care of myself. I don’t nag as much, I feel better, more fit and, given that I now lock the liquor cabinet, I can actually relax at night with a glass of wine. I now realize they will never be me, but thank goodness, I can at least show them that I am happy with who I am, but more importantly, with who they are.