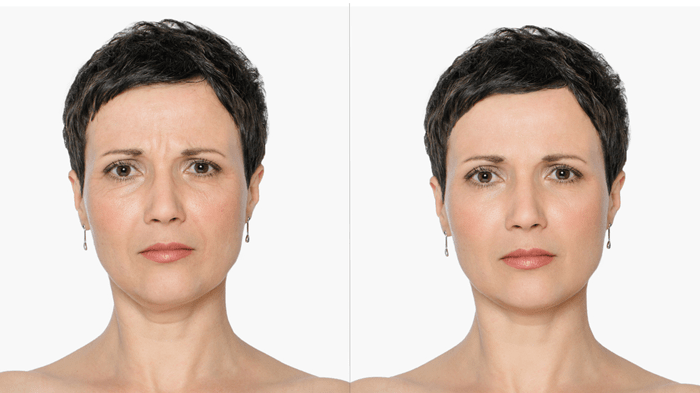 Growing demand for cosmetic procedures is sparked by the advent of quick treatments, immediate results and short recovery periods

She’s 44 and Anastasia, a hairstylist for an upscale Toronto salon, has bright eyes and skin so smooth and blemish-free her clients and friends often ask her what cosmetic and skincare products she’s using.

“I’ve never had more people saying ‘what’s on your face?’ ” says Anastasia, who asked that her last name not be used in this article.

“Well, nothing’s on my face, except perhaps blush.”

She does have a few beauty secrets, which she doesn’t mind sharing: Regular injections of Botox and facial-filler, monthly dermabrasion treatments, and glycolic acid peels every six weeks.

“I have never been able to not wear makeup because I had so much sun damage,” says Anastasia. “And now, look at my skin – I love it.”

Not too long ago; the average Canadian’s beauty secret might be a jar of special face cream, or perhaps a strict adherence to a certain diet-and­exercise regimen. Today, however, Canadians looking to improve their looks are increasingly turning to doctors, dentists, and aesthetic spas for cosmetic procedures that range from Botox injections and teeth whitening to liposuction and full-mouth smile renovations.

“Many people are under the assumption that Botox and fillers are used only by models and movie stars and people who are extremely wealthy,” he says. “But the reality is that majority of consumers who are using them are working mothers juggling careers and family, administrative and clerical staff – the people you see every day on the subways and in the elevators.”

A 2005 survey by Medicard found aesthetic doctors, surgeons and dermatologists across the country performed more than 640,000 cosmetic procedures in 2005 – a 265 per cent increase from the roughly 240,000 procedures in 2002, the fast year Medicard started doing the annual survey.

Of the total procedures done in 2005, almost 80 per cent were non-surgical treatments, with Botox, injectable fillers, laser hair removal, liposuction and non-surgical facelifts topping the list of the most requested cosmetic procedures.

Dr. James Daniel, director of the Carling Laser Clinic in Ottawa, which specializes in laser and aesthetic medicine, points to what he considers to be the biggest trend in cosmetic enhancement industry: a growing demand for quick treatments that offer immediate results and short recovery periods.

“People don’t want to take time off work,” he says. “And companies seem to be proactively designing products that address consumers’ demand for convenience and minimal downtime.”
Indeed many clinics and spas now offer “lunchtime” Botox and filler treatments that have patients in and out the door in the same amount of time it would have taken them to order, eat and pay for a soup and sandwich.

And some of these treatments have the added benefit of not leaving any tell-tale signs of redness or swelling.

Even facelifts are becoming less invasive. Using an endoscope – a small probe with a camera attachment – doctors can now pull back loose skin by making a few small incisions. Another relatively new procedure is “threadlifting” where surgical threads with tiny barbed-wire-like cogs are inserted under the skin.

Ms. Kaplan says people are often surprised when they hear more than 70 per cent of patients who get cosmetic procedures are between 35 and 50 years old. By comparison only 6 per cent of cosmetic patients in 2005 were older than 50.

People are also surprised to learn that more and more Canadians between 19 and 34 are getting cosmetic work, adds Ms. Kaplan. In 2005 this group accounted for 15 per cent of the market, compared to only 11 per cent in 2002.

“More men are seeking cosmetic procedures.” says Ms. Kaplan. “It’s not just women any more – men are getting in on the act too!”

Dr. Daniel says cosmetic work is no longer the mysterious subject it once was. Thanks to makeover TV shows and the Internet, consumers today know more about cosmetic treatments than they did in the past. “It’s becoming more accepted,” be says. “Some people even put this in the same category as getting their hair cut or going to the gym – just another part of what they need to do to maintain their appearance.”

Confused about which cosmetic injectable does what? No need for apologies. With the growing number of facial fillers and wrinkle smoothers in the cosmetic enhancement market, it’s easy to get befuddled over which one is best for you.

Stu Fowler, business unit director for the facial aesthetics division at Allergan Canada, which sells Botox and the filler brand Juvederm, says many people also confuse Botox with fillers.
“There’s a general misunderstanding about ,the differences between Botox and fillers,” he says. “So there’s a still a strong need for consumer education.”

Dr. James Daniel, director of the Carling Laser Clinic in Ottawa, says it’s important that patients understand what Botox and fillers are and what they can do.

“Botox is not a filler,” be says. “What Botox does is relaxes facial muscles to the point where wrinkles become less apparent.”

Fillers, on the other hand, are like “putty for the face,” says Dr. Daniel. They plump up the grooves on the face, causing wrinkles to disappear. Dr. Daniel says it’s not unusual for aesthetic doctors to use fillers and Botox together.

Fillers aren’t just for wrinkles, either. Doctors today are using them to sculpt and reshape features. Want to straighten your nose, build up a recessed chin, or boost your cheek­bones? There’s a filler that can do all that.

But not all fillers are created equal. Dr. Yves Hebert, who practises aesthetic medicine in Montreal, says fillers come in three categories: temporary, semi-permanent and permanent.
Temporary fillers work two ways: by building collagen, or by creating water retention in the skin through an injection of byaluronic acid. Depending on the brand, temporary fillers can last between a few months to as long as two years. For instance, Restylane, a hyaluronic acid filler, can last for as long as six months while Juvederm, another hyaluronic acid filler, lasts nine months or longer.

Dermadeep and Dermalive use a combination of hyaluronic acid and acrylic gel particles.

Dr. Daniel says some patients come to his office with a particular brand of filler in mind. But a majority relies on him to choose.

“Cost is a factor that influences that choice, but it isn’t the only one,” he says. “I also look at how we’re applying the product, how it feels in my band, and the person’s skin.”