Inject some beauty into your practice 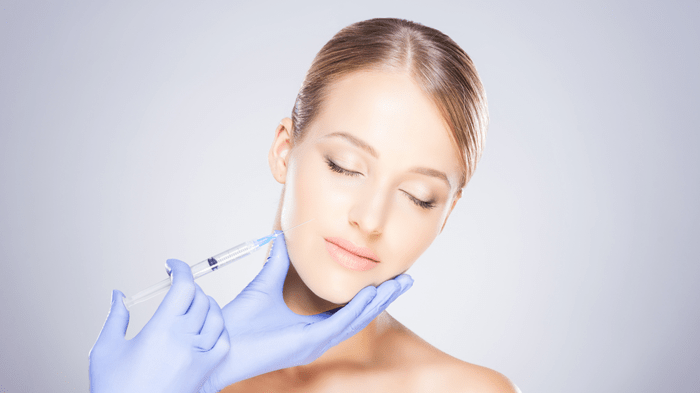 Dr. Amber Brown never saw it coming. She started her career off exactly as she had planned, building up her Brantford family practice and working two emerg shifts a week at the local hospital. “I thought I’d be doing family medicine until I was blue-haired;” she jokes. Then one day, she booked herself an appointment for laser hair removal. “The closest place was in Hamilton -a 25-minute drive, and the whole way home I was thinking ‘I can do this myself, so why am I driving?'”

Within a few months she was offering Botox, laser procedures – even piercings (from the waist up) to her patients. “I started doing cosmetic stuff for three hours, once a week. Before I knew it, three hours became nine, and then 20, and all of a sudden I had more than I could handle,” she recalls. Soon, Dr. Brown had handed her family practice over to a former resident and founded the Cosmetic Care Clinic, which now includes a second facility in Barrie,ON.

Dr. Brown is one of a growing number of physicians flocking to the booming field of medical aesthetics. Seventy-nine percent of cosmetic procedures performed in Canada in 2005 were non-surgical, according to the latest survey by Medicard Finance Inc.

Injectable facelifts were up by 19%, whereas surgical ones dropped by

5% in the same time period while the number of bot ox injections continues to rise dramatically. “There has certainly been a tremendous increase from year to year” says Dr. Wendy Smeltzer, who founded Calgary’s Sante Spa, the first medical spa in Canada, nine years ago. The centre offers traditional spa services like massages and pedicures alongside medical procedures including Botox, microdermabrasion and laser treatments, as well as lifestyle evaluation and counselling. Her staff now includes three FPs, a cosmetic facial plastic surgeon, an ophthalmologist and three RNs.

Like Dr. Brown, Dr. Smeltzer started out as a family physician but 18 years later, a stint at a spa in the US piqued her curiosity. She didn’t realize it at the time, but the whole landscape of medicine was starting to change, and the role of the FP was changing with it. “I was starting to feel like a dinosaur in that old world,” she chuckles, “but in this new field [of medical aesthetics], I was a real innovator.”

At first, Dr. Brown faced a fair bit of criticism and resentment from colleagues who saw her career switch as a waste of her medical training in a severely underserviced community. But through the talks she gives at conferences all over the country, she finds most physicians are really intrigued by what she does. “After a while, you get to a point where the pressure is always there, and there’s no end in sight. You wonder, “What else is there?” For her, doing these types of procedures was a nice little breather from all the heavy-duty stuff GPs usually face. A self-described procedure junkie, Dr. Brown also found the hands-on nature of the job right up her alley. “It’s a wonderful way to spice things up, to keep yourself motivated and stimulated; she says. Having patients come to her by choice, rather than only in times of crisis, was also a nice change of pace. “Balance is important. If we burn ourselves out, we’re no good to anyone,” she adds.

Dr. Brown says a growing number of physicians are dabbling in Botox, or hiring on a nurse or aesthetician to offer laser hair removal as add-ons to their practice. Most manufacturers offer pretty advantageous deals on leases for laser equipment, so there’s not much capital investment. “It allows for a little more financial stability, and you can delegate some of it so you have money coming in without having to actually be there yourself,” she says.

But most medical cosmetic aficionados are wary of GPs offering this sort of procedure “on the side.” “Anyone with a licence can order Botox, but not everyone has the experience to do it right,” argues Dr. Smeltzer. She says one of the major problems facing the industry is the lack of a formal accreditation program. “It’s not that these physicians [who dabble] are doing anything wrong, but if you’re not fully dedicated to this, you’re not going to develop the expertise. I’ve been doing injections for seven years, and I’m still learning. The industry is changing at lightning speed.”

Three years ago, the Canadian Association of Medical Aesthetics was formed, in large part to deal with some of these issues. “There are new problems because it’s a new field,” says Dr. Smeltzer, who sits on the board of directors. “This is one of the dilemmas we’re starting to address. It’s a big undertaking, but I think it would solve many of the concerns that are starting to be raised.”

It’s not just the procedures, or the types of physician’s offering them that are changing. Patients are different too. “People just want to look the way they feel,” says Dr. Smeltzer. “It’s not about looking 20 years old anymore. People in their 40s and 50s and 60s are feeling vital, they’re changing careers, they’re active and involved and they want their appearance to reflect that.” Dr. Brown agrees, and says it’s part of the reason she loves her job so much. “As an FP, it always mattered so much to me that I made people better. And I found it really frustrating how seldom I could make a big change,” she says. “This is very tangible. Either you can help or you can’t, and you have a high likelihood of making a very tangible difference. I find it immensely medically gratifying.”