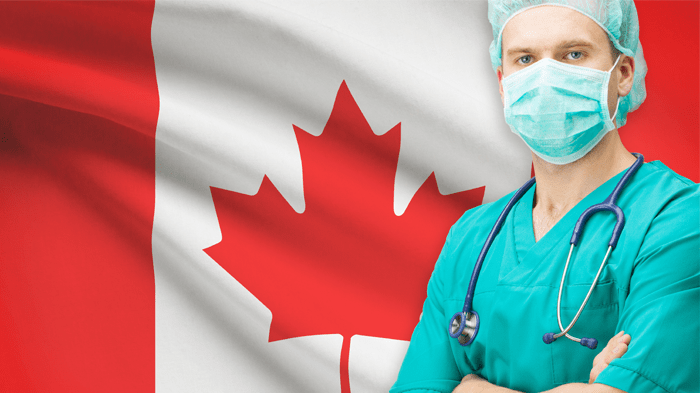 According to findings of a recent online survey conducted by Medicard(R) Finance Inc. and Plastic Surgery Statistics Canada (PLSS), Canadians that have had a cosmetic surgical procedure believe they have adequately researched their options, have checked the credentials of the physician or practitioner, are aware of the risks and would consider obtaining more than one opinion before undertaking a procedure.
The survey – the third wave of research conducted by Medicard and PLSS – is the company’s first to directly poll consumers about their attitudes
towards cosmetic enhancement including both surgical and non-surgical procedures. Participants were drawn from industry-related consumer and trade shows across Canada, with more than 2,000 sent an email link to the survey in September 2007. Seventy-five per cent responded; 97 per cent were female between 19 and 73 years of age, with an average age of 44 years.

Are Canadians adequately researching their options?

Canadians feel confident in their decision-making process about cosmetic enhancement. The survey reveals that 80 per cent of respondents would research their options before making any decision. Of those who have not had a procedure, 72 per cent would not hesitate to seek cosmetic enhancement if they did not like something about their appearance.
“With the focus on training and credentials of practitioners within the cosmetic enhancement industry now, one would expect consumers to research their options,” says Ann Kaplan, president and CEO of Medicard Finance Inc.
“My concern is how consumers are doing their research and if they know the questions to ask. The industry needs to encourage consumers to understand the necessary questions to ask in order to make good decisions.”

Are we doing enough research?

Who is doing the procedures?

Canadians had strong opinions about “doing their homework” when it came to choosing a physician, with 80 per cent claiming they always check the credentials of the physician or practitioner. Their decision about who performs a procedure is also influenced by both media (62 per cent) and the quality of the facility (93 per cent) – whether an office, clinic or hospital.
Interestingly, 75 per cent of people consider the price of a treatment a factor, while only 10 per cent do not. A strong number of consumers look to friends for a recommendation or referral (59 per cent), yet despite the influences of peers and the public, 79 per cent of respondents state they
would get more than one opinion before making a final decision. Seventy-seven per cent would select a physician versus a non-licensed physician, even if the alternative practitioner was experienced.

Of the respondents surveyed, 20 per cent have had some type of cosmetic surgery and 33.3 per cent have had a non-surgical procedure. Only 7.5 per cent were not familiar with cosmetic enhancement procedures at all. Canadian physicians are perceived as doing their job well, according to consumers.
Ninety-one per cent said they were informed of the risks before a cosmetic surgery procedure; following the procedure 79 per cent were generally satisfied with the care they received. More than half (56 per cent) were satisfied with the results of the procedure itself.

Attitudes toward aging and cosmetic enhancement

Seventy per cent of consumers are “concerned” about aging while 33 per cent admit they actually feel “self-conscious” about the effects of
aging. More than half of respondents are concerned about the loss of volume in their faces.
This is mirrored in the open attitudes consumers now exhibit towards cosmetic enhancement. Seventy-two per cent would not hesitate to seek some type of cosmetic enhancement to change something they did not like about their appearance and a further 46 per cent would consider surgery to change something about their appearance. The majority of consumers (51 per cent) would treat wrinkles, versus 30 per cent who stated they wouldn’t.

What are the barriers?

Given the openness of consumers toward embracing cosmetic enhancement to deal with aging and one’s appearance, what are the barriers that hold them back?
The Medicard and PLSS survey reveals the primary factors of consideration are results, safety, costs, recovery time and pain. Fear of the unknown is a factor for most consumers, with 78 per cent admitting if they knew they would be guaranteed good results, they would be more comfortable with a procedure.
Equally, 76 per cent said if they knew the procedure was safe, they would consider it while 74 per cent would consider some (or more) cosmetic enhancement if cost was not an issue. Recovery time (57 per cent) and pain (53 per cent) round out the barriers consumers face when weighing their options.

“Our survey results show that on the whole, Canadians are increasingly interested in cosmetic enhancement procedures and believe they are adequately doing their research and checking credentials beforehand,” says Kaplan.

“Consumers should seek more than one opinion, research a physician’s credentials thoroughly and understand what those credentials mean. Seek out specialists and request patient testimonials.” She adds, “Our ultimate goal should be to provide enough information so that people can consider all of the factors in order to make an informed decision.”

Medicard Finance Inc. is Canada’s number one exclusive medical procedure finance company, headquartered in Toronto. Formed in 1996, it provides health-related financing packages, information and services to Canadians for elective medical procedures. It is offered in more than 4,950 physicians’ practices across Canada and more than 60 per cent of loans are directed to cosmetic enhancement procedures. Employing a staff of 32, Medicard has processed more than 200,000 credit applications to-date and has established itself as an industry innovator. Plastic Surgery Statistics Canada is a subsidiary of Medicard Finance Inc. and was created in 2004 to provide a measurement of the growth of cosmetic enhancement in Canada. Prior, the industry relied solely on American statistics. PLSS does not incorporate paid advertising or physician  endorsement. For more information, go to www.medicard.com orwww.plasticsurgerystatistics.com.

Choosing a physician or medical practitioner

Note: Survey findings are available upon request at www.medicard.com or www.plasticsurgerystatistics.com.