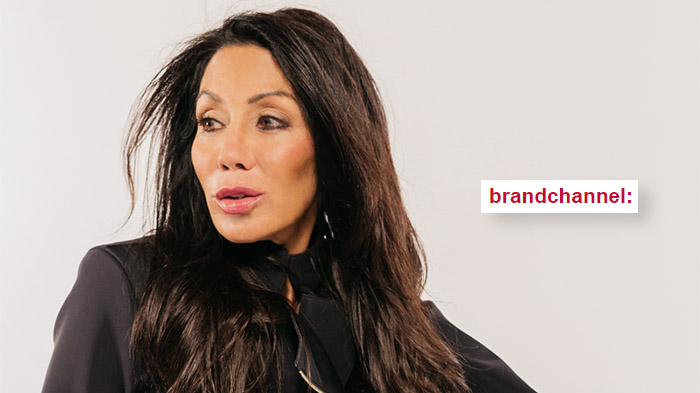 Ann Kaplan is the CEO and President of consumer finance company iFinance Canada Inc., the parent company to Medicard, Petcard and Dentalcard, that offers loans for any number of daily needs. An award-winning businesswoman, speaker, and media personality, Ms. Kaplan has also hosted television shows including Global’s NYtv, a Canada-wide television show featuring cosmetic medical procedures and makeovers, and CosmedicTv.

Interbrand Canada Managing Director Carolyn Ray chatted with Kaplan to learn iFinance Canada’s story, its next steps, and Kaplan’s advice on how to present an authentic, consistent brand.

Ann, with so many accomplishments, including being named RBC’s Canadian female entrepreneur of the year in 2015, you are an incredible role model for women in business. If you could pass on one big message to other women thinking of starting their own companies, what would that be?

Think big. Someone will say to me, “How do you get this all done?”, and I think, “Measured against what?” If you’re thinking about your life, what stops you from doing more and more? It’s because we set limitations and expectations on ourselves to reach a certain level, and we don’t think beyond that. Look at someone like Jennifer Lopez, just as an example. She is an actress, but that doesn’t stop her from being the judge on a television show. Nor does it stop her from being a dancer, or any of the things that she does in her career. She’s not just saying “OK, I’m a singer and I’m going to leave it at that.” The same holds for business—what stops us from being as big and reaching the stars?

Can you tell us about the inspiration for iFinance Canada, from beginning in 1996 as Medicard and then later rebranding?

Thanks for doing your research! It was initially Medicard—my family were all doctors, all specialists. These were all people that billed privately. They were saying (Canada was) going to go to a two-tiered medical system. And I started the company to facilitate where we would need to get financing for what would become a two-tiered medical system. And I happened to start it at the beginning of the cosmetic enhancement boom.

This was in 1996, before Botox and laser hair removal and hair transplants were well-known. People would never admit they had breast implants. This has all become a big boom since I started 21 years ago, and we happened to be financing it. I think we lucked into it. I did not know there would be a cosmetic enhancement boom, I don’t think anybody would know that.

I just happened to start at the beginning of that and started a company to finance medical procedures, and then it really escalated through that cosmetic boom and then into dentistry and veterinary procedures and home improvement. It really expanded all my verticals. And now we have 15,000 locations across Canada where we offer financing. And that started at zero.

Where do you see your business scaling from here in terms of the services and industries that you currently offer financing for?

There’s always organic growth. I think this year we will be the 12th time we’re on the Profit 100 list, meaning that we’ve had overall growth over a three-year period in the top 100 companies in Canada. So we’ve had extraordinary organic growth. The other is expanding into other verticals.

We have developed an algorithms and credit adjudication model that we can offer to other companies to do credit modeling for them, so we can give them a yes or no based on more information than just a FICO score. We’re offering a different type of score which includes the FICO in it, along with income, et cetera.

What type of mindset or outlook do you need to become a viable, authentic brand in today’s market?

This can be to people trying to be a brand or to companies trying to be a brand, but you need to set yourself up as a person or as a company that has a consistent message. You have to stay on message. iFinance Canada has many brands under it, all of those have a consistent message that brings something to mind. Whenever we do our branding, we’re making sure that we’re clear what that brand is. That’s with a person too. A person is very much a brand, and you need to maintain clarity and consistency there as well.

One final question: In terms of geography, are you looking anywhere beyond Canada right now internationally with your business aspirations?

I’m very focused on keeping our business within Canada. We used to cover all of the US, and it was my decision to pull out of the US because I didn’t feel that we understood the mentality in money lending in the US. And so I would be I would be happy to provide services into the US, but not money lending. Staying in the market that you know well when you’re in that type of business is extremely important. We could go into the US and work with people that are already established there, but that isn’t my goal. That’s not in the business plan.