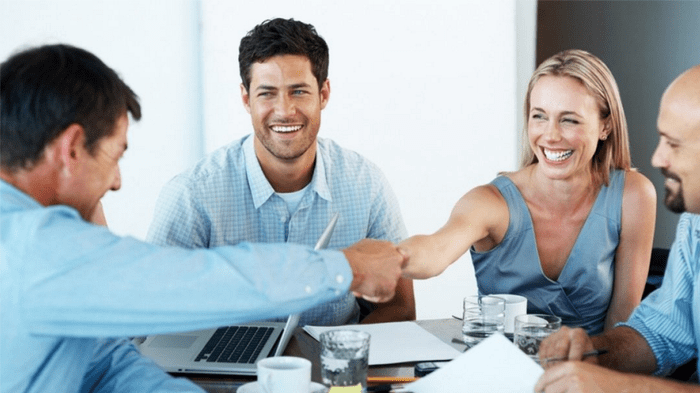 Small Business Week, Ontario’s annual celebration of small businesses, starts today. So, in the spirit of things, we spoke with some of the GTA’s most promising small business leaders to find out the best advice they have for entrepreneurs.

Advice: Learn from past experience.
“Now I know what to expect when working with a plumber or contractor,” says the 37-year-old restaurant and bar owner. Starting out, Agg was working exhausting 16-hour days, so she’d often go with the first quote she got instead of hunting for the right price. “You learn you were paying too much when you develop a trusted network of tradespeople who you use consistently,” she says.
Agg believes in diving headfirst and learning from mistakes. “It’s the experience of learning those things the hard way and building up a repertoire, through experience, coupled with maturing in general, that teaches you,” she says. “The more skills you have, the more experience you have, the more maturity you have, the better you’re going to be.”

Advice: Know your target, and stick to it.
Kimberley believes an audience is the most important part of a business, so he says to figure out who yours is, and focus on catering to them — regardless of cash. “It’s tough to turn down something that might not fit your audience but that’s offering a chunk of money,” he says.

While starting out, Kimberley had lots of partnership offers that didn’t mesh with his market, such as a fast food chain trying to connect with its audience through music. “My girlfriend said, ‘You need a list of brands, regardless of financial commitment, that make sense with Young Lions, and never stray from that general guideline,'” he says. “Ultimately we are responsible to our audience. As soon as we lose them, we don’t have a business.”

Advice: Think big.
“It might be outside of your comfort zone but, you can achieve it if you think bigger,” she says. “My a-ha moment came from self-evaluating. I have certain skill sets but there was a point where I thought, ‘I‘m thinking too small. Sure, I don’t understand the next step; I haven’t been there before. I haven’t been in that world. But I have to stop being concerned about going to a place I haven’t been yet. I need to imagine being there and figure out a way to get there.”

Currently this means going after a lofty financial goal. “We’re a $240 million business,” she says. “My goal is to get to one or two billion.”

Advice: Be mission-driven, yet flexible.
“We were founded on the basis of sustainability,” Watanabe says of his environmental consultancy. “What we did 10 years go is very different than what we do today. The market is advancing; sustainability could mean electric vehicles, clean water. Part of being flexible also involves us recognizing that what we’re doing is good but there’s much more that we could be doing — so let’s go find out what that means.”

Advice: Provide proper training and feedback for employees.
When the corporate childcare company owner was 17-years-old, she worked as a camp counsellor for the City of Toronto. She was fired — but had no idea she was doing anything wrong. “That taught me, as manager as hundreds of employees, to be very clear when I hire people in regard to their training, formal assessments, and expectations,” she says, adding that it’s helped her build a loyal team. “People who started working for me the year I started the business are still working for me now.”

Jeff Barber, owner of Sonic Boom and Get Well

Advice: Delegate.
“You need to train and have faith in your employees,” he says. “Anything you’re doing, train somebody else to do, and then you can move on and train yourself on something else, and delegate that — [that way] you can keep developing further, otherwise you’re going to drown.” Giving responsibilities and projects to employees creates a better work environment, says the owner of iconic record store Sonic Boom and Get Well, arguably the most popular bar in Toronto’s ultra-hip Dundas West neighbourhood. “If you do everything yourself you’ll never expand or grow.”

Advice: Understand your talents and passion — then be them.
For the owner of one of Toronto’s most successful video game companies that meant not taking lucrative contract work, and instead focusing on games he and his developers actually wanted to make. “Players can tell when the person who made a game wanted to make it, as opposed to doing it purely to pay the bills,” he says. “We find a way to make business decisions informed by the things that define us as a studio, rather than let the business define who we are.”

Advice: Read as much as you can.
The vintage clothing store owner doesn’t read for entertainment — she reads for education. “I’ll read about consumer behaviours, technological changes on how we think and act, biographies on successful business people, and even blogs on how to capitalize on social media,” she says. “[Because of this] I’ve been able to learn lessons and build a very well-rounded view of the business world.”

Advice: Take risks.
Carriere’s mother told him so when he was around 11-years-old, and it’s stuck with the entrepreneur ever since. A recent gamble got one of his label’s bands, The Sheepdogs, on the cover of Rolling Stone magazine, turning them into an instant success. “I started a record label when everyone was talking about the decline of the music industry. Now it’s one of the most successful labels in Canada.” He’s thankful for his mother’s words. “You’ve got to keep pushing and see what you’re capable of.”