The Laboratory of Spirituality 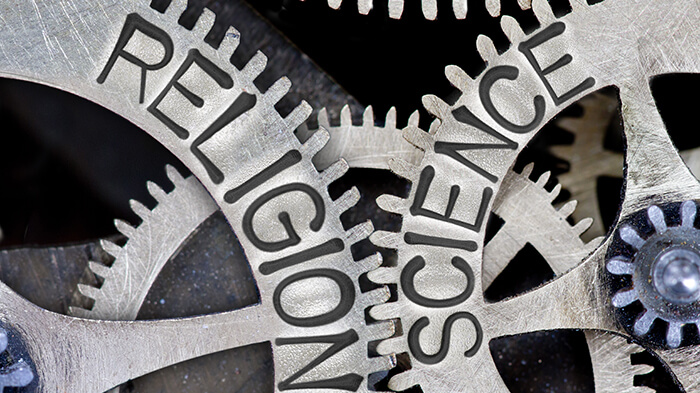 A scientist approaches God and says, “Listen, we’ve decided we no longer need you. Nowadays, we can clone people, transplant hearts and do all kinds of things that were once considered miraculous.”

God hears the guy out before replying. “All right,” he says. “To see whether or not you still need me, why don’t we have a man-making contest?”

“Now, we’re going to do this just like I did back in the old days with Adam,” God says.

“That’s fine,” the scientist replies, and bends to scoop up a handful of dirt.

And so has the uneasy relationship linking religion and science long existed. But the joke’s on us, as it turns out, with the release of academic research that acknowledges a surprisingly prevalent strain of spirituality among devoutly secular scientists.

In fact, says a report poised for publication in the June issue of the academic journal, Sociology of Religion, more than one in five atheist scientists consider themselves “spiritual.”

The research is the product of in-depth interviews with 275 natural and social scientists hailing from 21 of the top research universities in the United States, conducted by academics from Rice University, in Houston. Elaine Howard Ecklund, an assistant professor of sociology there, was the report’s lead author

“Spirituality pervades both the religious and atheist thought,” she told reporters. “It’s not an either-or.”

Specifically, 72 of the scientists Ecklund polled copped to a sense of spirituality that is consistent with science, in spite of no formal religious allegiances. Their spiritual beliefs, they explained, are “individual, personal and personally constructed.” That’s as opposed to the “organized, communal, unified and collective” concept that is formal religion.

“Our results show that scientists hold religion and spirituality as being qualitatively different kinds of constructs,” Ecklund said. In other words, instead of the conventional understanding of spirituality that people reflexively apply to the idea, she explained, scientists have devised their own interpretation of the stuff. Their pursuit of truth tracks a path through familiar territory, drawing spiritual wisdom specifically and exclusively from the science that occupies them.

This news is a sincere revelation, Ecklund says, for the challenge it presents to the long-held notion that scientists, along with other groups we typically consider secular, don’t ponder the age-old mysteries of our existence. “They, too, have these basic human questions, and a desire to find meaning.”

Still, the chasm that has long divided the schools of thought on this front persists. The 20% of scientists who concede to possessing a spiritual side notwithstanding, the fact remains that the great majority of academics hold the church-state separation very near, and feel strongly that religion has no place in the classroom, laboratory or research facility. Indeed, more than half of this survey’s respondents expressed concern that religion could hurt academia and science.

Which brings us back to the pile of dirt.