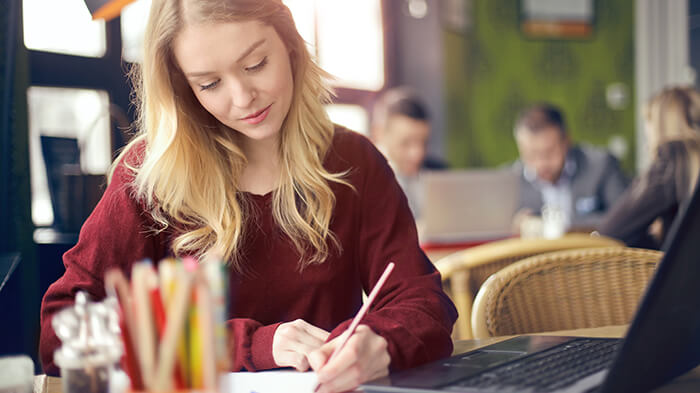 If something momentous happens to you in your life and you fail to write it down, did it really happen?

It’s a metaphysical contemplation that is as riveting as it is rhetorical.

The act of committing to paper the thoughts and activities of one’s day can be traced back to the age of the papyrus and reed combo. But unlike traditional diary writing, where someone describes their quotidien events in a fairly narrative and expository format, journaling asks the writer to reflect on internal interpretations of her experiences, with the ultimate objective of securing an enhanced understanding of them.

Done correctly, journaling is an outpouring of emotions in an unchecked fashion, with the scribe not getting hung up on the flow of the words or their grammatical correctness. This is private writing of the highest order; never intended for public consumption.

Journal therapy has been used to help people cope with everything from grief, disease and addiction to relationship woes. In addition to increasing the participant’s communication skills, the practice is thought to cultivate a healthier self-esteem and to help clarify life goals.

More than that, the relief from tension that results from putting pen to paper (or fingertips to keyboard) is believed to shower significant benefits on the partaker’s physical health.

Skeptical? Don’t be. This stuff has been scientifically documented. Research by a Texas scientist named Dr. James Pennebaker, for one, reveals that when people write about emotionally difficult events or feelings for just 20 minutes at a go over three or four days, the functioning of their immune systems improves.

According to the Illustrated Encyclopedia of Mind-Body Medicine, the therapeutic potential of journaling was not well understood until the 1960’s. A New York City psychologist named Dr. Ira Progoff introduced what he called “the intensive journal method” to his patients  as a means of achieving a deeper appreciation of one’s life and reaching some emotional and mental clarity with its more confusing aspects. Since then, the concept has exploded, with at least a quarter million people coming into contact with its powers through the network of “journal consultants” Progoff and his staff established.

The practice developed further through the publication of a series of books on the topic in the 1970s and, later still, the adoption of the method by various public school curricula in a bid to develop students’ independent thinking skills.

Today, journal therapy is well accepted as a legitimate means of achieving relief from the discomfort of certain of life’s trickier issues. Some jails in the United Kingdom use journaling as a rehabilitative tool, to allow inmates to express their emotions in a constructive way, and to set them up to survive in the world outside of the penal system.

And there’s no shortage of application for those of us on the other side of the bars who are interested in giving the journaling thang a whirl. One needs only a pen and paper, or the electronically evolved version of same. And you might give yourself a headstart with a visit to www. mytherapyjournal.com, an online journaling program that facilitates users’ “voyage of discovery.”