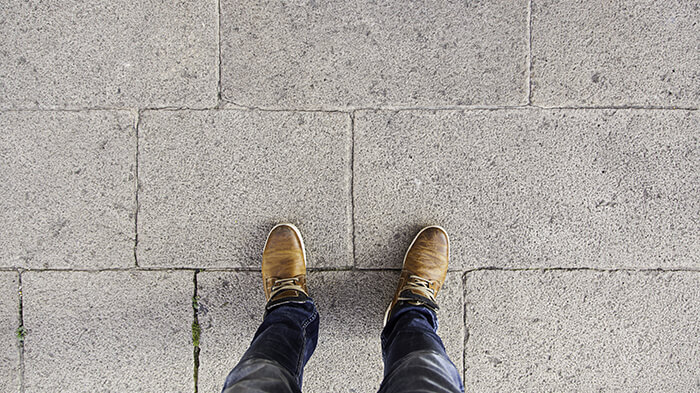 So the budget’s dropped, the feds have spoken and the rest of us are left to pluck the pieces off the dance floor. So goes the political paso-doble with which we should all be miserably familiar by now. But how much easier the moves would be if we were partnered with a quick-stepping grasp of spirituality.

Things are crappy right now and everybody knows it. The world’s economy is coming apart like a flaky pastry and there ain’t a baker in the place with a recipe for repair.

Spirituality and economics are inexorably linked. In her book, A History of God, British historian Karen Armstrong wrote that all religion “starts with the perception that something is wrong.” In 2009, the Dalai Lama went so far as to directly tie the recession to the absence of spirituality among the souls most suffering it. “Lack of spirituality and culture is the main cause behind the rampant corruption in the world,” he told followers at a religious seminar in India. “People have become selfish and materialistic, which has led to the economic slowdown.”

So there it is. A chapter of life is all. An admittedly unfortunate and arguably self-inflicted chapter — but a chapter just the same. Kabbalists tell us that it’s entirely normal to experience yemai sinah, or days of hate. Same, too, with yeridah — periods of spiritual dearth, when we drag our Manolo Blahniks, existentially speaking. They are to be expected. And it is arrogant to imagine we could ever sidestep them.

Because willing such uncomfortable encounters away doesn’t make them disappear anyway. Best to save your dancing feet and face the music. Suck it up. Draw strength from its fierce proximity, even. There’s something awfully cathartic, after all, about meeting the monster’s gaze head on. Contemplating bad things brings the stuff into focus. “Know thy self,” said Sun Tzu in The Art of War, “know thy enemy.”

There’s no shortage of the enemy that is economic ugliness in our space these days. So invite it in. Stare it down. Ask questions of it and see if you’ve got any more of that flavoured gin it likes in your cabinet.

And then take your leave.

The intersection of spirituality and struggle is significant. How we behave when we find ourselves standing at it will go some distance to predicting how we’ll emerge from it. “Crisis reveals,” goes the old proverb, “and absolute crisis reveals absolutely.” If we handle ourselves properly during these days of spiritual recession, if we man up to the ickiness rather than run screaming from its menacing presence, we actually stand a decent chance of getting back on track with the grander goals that we set for ourselves when the days of love and passion return.