The Profound Spirituality of Astrology 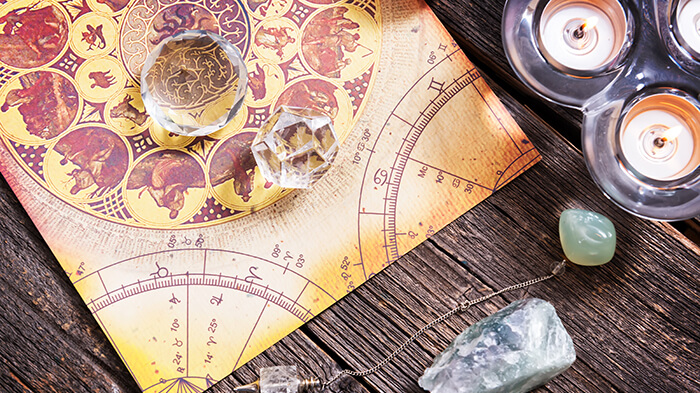 Today, you will reconsider the virtues of an ancient discipline that ties the heavens to the earth with streaming celestial ribbons, but suffers a fairly recently acquired, and arguably undeserved, reputation for being wish-fed nonsense.

Astrology, too often relegated to the junk drawers of fortune-telling and malarkey, is actually a legitimate science with plenty to offer a spiritually engaged, forward-looking world.

Mankind’s fascination with the stuff ranges from amusement-seeking check-ins with a newspaper’s horoscopes section, to putting off major decisions about one’s wedding day until a more opportune date. Some heads of state have famously turned to astrologers to help make decisions that could influence the course of history.

But on whatever end of the spectrum you might fall, there’s no denying the speculative regard with which most folks consider the subject. Novelist Henry Miller summed up the lack of consensus thus: “Astrology does not offer an explanation of the laws of the universe, nor why the universe exists. What it does, to put it in simplest terms, is to show that there is a correspondence between macrocosm and microcosm. In short, that there is a rhythm to the universe, and that man’s own life partakes of this rhythm.”

The rhythm-granting concept is predicated on the idea that the particular form the stars and planets took when an individual burst into this world had much to say about the person he’d be, and the life he’d have. This conviction dates back to a stretch of ancient India when society’s acknowledged “seers” shared uncanny predictions for the future based solely on the past. According to the science of reincarnation and the laws of karma from which the earliest astrologers drew, the universe’s configuration at the time of our birth lays down a path for the life to follow that draws liberally on lessons learned and actions unaccounted for in past spins round the planet.

That’s because, according to Eastern dogma, the time we spend in our fleshy shells is simply a means to an end. The real journey is an interior one, and it employs the soul alone as a matter of conveyance. That soul, so astrology’s proponents are convinced, is the product of all the forces in play at the time of its return to a physical vessel, and it’s as burdened as it is blessed by all the goings-on in which it participated during its other corporeal visits.

In this way, astrology is spectacularly spiritual, rooted magnificently in humans’ overarching and ongoing pursuit of self-realization.

“We are born at a given moment, in a given place,” early 20th century psychiatrist Carl Jung, who employed astrology liberally in analyzing the character traits of his patients, once said. “We have, like the best wines, the quality of the year and the season which witness our birth.”

And the bonus? It’s not baloney, either. The Spiritual Science Research Foundation has pegged the accuracy rate for this elaborate system of knowledge at about 30%.