Lifting up your spirits 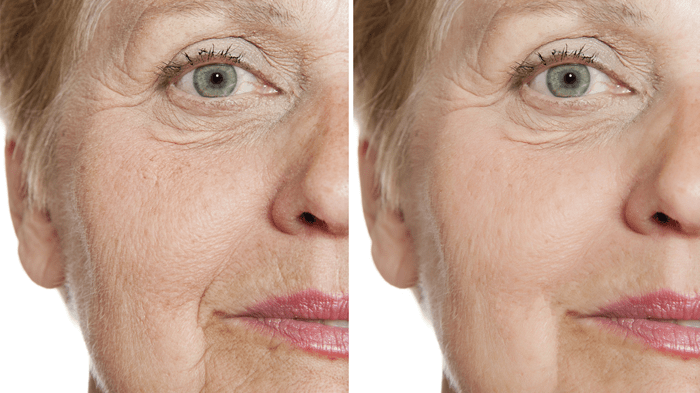 GROWING OLD gracefully is not in our psyche, says Dr. Stephen Mulholland. “Today people want to look as good as they feel and they have no problem doing something about it.”
In Canada, cosmetic enhancement is a multimillion-dollar market, and with the explosion of cutting-edge technology, less is more: Minimally invasive, maximal results.
“If there’s a room you want to renovate, there’s no need to tear down the house,” says Mulholland, a cosmetic plastic surgeon who runs SpaMedica in Toronto.
At the tap of the trends so far this year are non-surgical procedures that tighten and rejuvenate saggy, wrinkly skin with little risk, scars or recovery. A Medicard study reports that last year alone 17,628 Canadians had some form of non-surgical facelift; there’s a 325% increase in Canadian practices offering to put people’s best face forward the non-surgical way.
Not only is there an arsenal of new injectable wrinkle fighters, peels, creams and laser treatments, there are also a few new scalpel-free procedures to turn back time.
Carol Wilson, 52, of Toronto, recently underwent the newest enhancer to hit the Toronto market – the ThreadLift, a non-invasive facelift procedure that uses needles and fine surgical threads to lift the droopy areas of the brow, cheeks, jowl and neck.

“I’m over the moon. It’s unbelievable – people have really noticed,” says Wilson, who had a ThreadLift six weeks ago. She has spent $10,000 in the past four years on non-invasive cosmetic surgery, including Thermage, a radio frequency that tightens collagen, and the Pan-G, a body building procedure to rejuvenate face muscles.
According to Mulholland, “the ThreadLift can achieve 60%-70% of what a real invasive surgical procedure can deliver.” He says the procedure should last about five years and “they’re removable, replaceable and redoable.” Price: $3,000 to $9,000 depending on the aging areas that are treated.

Dr. Rod Rohrich isn’t a big fan of the procedure. “It’s the 20-minute facelift from Russia – only thing is we don’t know yet if it lasts longer than 20 minutes. It’s really too early to pass judgment.”

Rohrich, president of the American Society for Plastic Surgery, says “North Americans want beauty in a bottle – but most of the fast fixes are a scam.”

Also new to Mulholland’s cache of cosmetic enhancers is LipQLite, a procedure that promises to roll away lumpy, bumpy skin and reduce fat and size. Deep radio frequency energy is delivered into the fat and cellulite via RF electrodes and breaks down localized fat collections and costs half the price of liposuction at $4,000 for the 16-visit program.

Meanwhile, Barbara Serra decided to go for gusto with a $20,000 surgical facelift. “I don’t look like the same person,” says the 54-year-old Orillia resident who underwent a full facelift at SpaMedica in August 2003. “After 31 years of marriage, I went through a gut-wrenching divorce: It aged me 20 years almost overnight. The lines on my face made me look angry all of the time, which didn’t match how I felt inside,” says Serra, who had a necklift, facelift, eyelifts, her cheeks and lips filled with fat taken out of her tummy, and laser skin resurfacing.

“It gave me my life and my face back,” says Serra, who’s ecstatic with her new look. “If I had no money, I’d mortgage the house to have this done.”